There is already an extensive amount of touchscreen laptops from all top-tier brands available right now and Lenovo has topped them all with its greatest and coolest Lenovo Yoga 920 in Australia – a long-awaited follow up to Lenovo last year’s Yoga 910. This machine retains a 360-degree hinge of its predecessor but comes loaded with long-lasting battery life, Thunderbolt 3 and a reasonably placed webcam.

What does Lenovo Yoga 920 bring along? Just keep reading and we’ll explain everything i.e. its Australian availability, price, and features in our Lenovo Yoga 920 Review below. 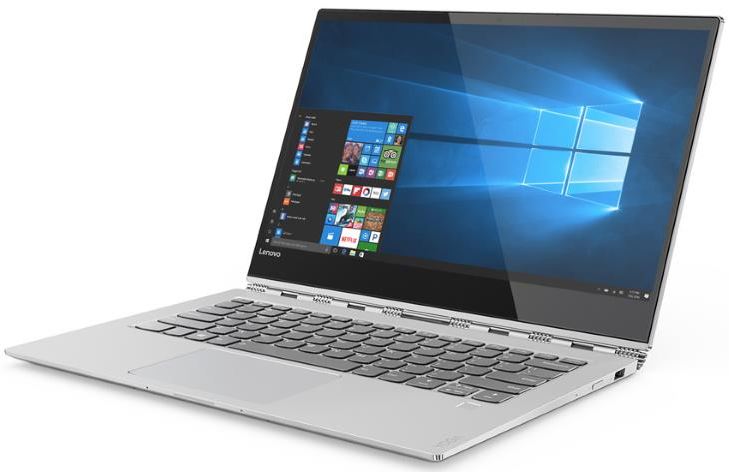 The official Lenovo Yoga 920 Launch Date in Australia was somewhere back in October 2018. It’s already available on shores and audience from all over Australia can get their hands on one with immediate effects.

Very much like all other 2-in-1 laptops, Lenovo Yoga 920 comes in different configurations – luckily, Lenovo didn’t go overboard by offering a confusing array of options.

The Lenovo Yoga 920 Price in Australia ranges from AU$1899-1999 and unfortunately, only 8th Gen Intel Core i7-8550 U variant is available with 16GB of RAM and 512GB of onboard memory. Either other models of 920 are available in Australia to buy or not, we are not sure about it, for now. 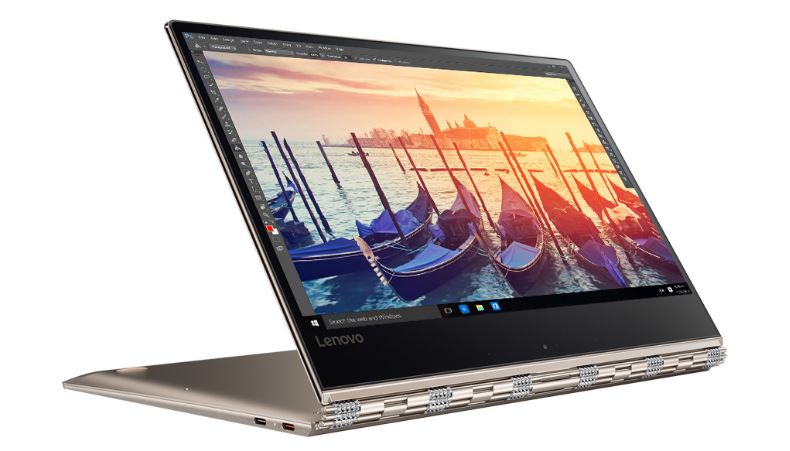 Get your hands on Lenovo Yoga 920 which is offering world-class and awesome performance, immersive entertainment, gorgeous and exquisite design and a bunch of brand’s latest features. In short, it’s a league of its own. It’s smoother than ever and is powered by speed and power to streamline your day. A 4K edge-less screen, long-range voice-activated support, and optional digital Pen all together are offering the highest accuracy and making it stand out from a crowd.

This machine takes your enjoyment to the next level thanks to its extra wide-angle 4K display. By shifting intricate components, you will be able to edge the display with razor-thin 5 m vertical bezels that will absolutely make the most of your visuals. Interestingly, Yoga 920 is available in FHD Display as well.

Do more now with Lenovo’s Active Pen 2 as it is comprising pin-point accuracy and palm-rejection technology. The most appealing Active Pen 2 rivals the easy comfort of a pen-on-paper writing experience with double the correctness of competitors’ pens. Let’s say thanks to Windows Ink as it helps you find all the ways you can easily turn thoughts into action. All you have to do is to draw on a map and receive turn-by-turn driving directions instantly.

By extremely shortening a form and decreasing visual complexity, Lenovo has manufactured Yoga 920 to seem even slimmest as compared to its already released laptops. The Yoga 920 is bearing a 360 hinge and finished in CNC aluminum built to survive wear and tear – it’s as tough as it’s elegant. One can pick Yoga 920 in a choice of 3 different options – Copper, Bronze, and Platinum.

Meet Windows Cortana – it’s your own voice-activated digital assistance which is prepared to answer all of your questions such as opening necessary apps and a lot more. The Yoga 920 responds to spoken questions instructions even in sleep mode – from up to 4 meters away.

According to Lenovo, Yoga 920 lasts users around 12 hours. Based on a report from online sources after testing it, Yoga 920 in their movie test, hit 9 hours and 23 minutes before shutting down. That sounds impressive and it means one can easily use it to watch movies on a long journey.

Of course, playing movies isn’t really a heavy task – therefore, there is not as much impact on battery life. The heavy-duty tasks or work may drain the battery speedily – but the good news is that it can be charged through a USB-C which restores the juice up to 92% in around an hour and a half. Another most appealing thing is that the USB ports are always on during charging, so with Yoga 920 plugged in, you can shut down it but still can use its spare USB ports to charge your smartphone, tablet and other gadgets.

Obviously! The Lenovo Yoga 920 has fixed everything which was wrong with already released Lenovo’s laptops which weren’t much and increases performance. Though there is a vast range of alternatives which are worth considering first – there is a small number of reasons to not like Yoga 920.

Any cookies that may not be particularly necessary for the website to function and is used specifically to collect user personal data via analytics, ads, other embedded contents are termed as non-necessary cookies. It is mandatory to procure user consent prior to running these cookies on your website.