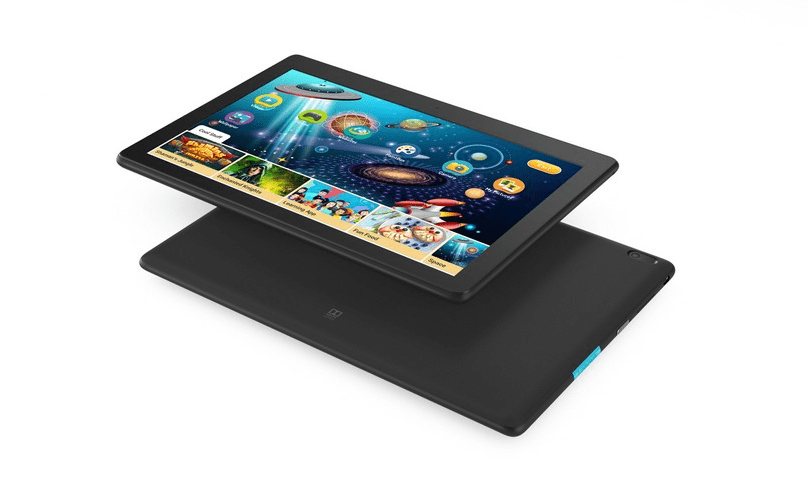 Lenovo has just revealed a roster of five dazzling and exquisite tablets, landing with a super-affordable $70 slab and move up by building up multimedia prowess. Be noted, pricing details of the top two models are yet to be revealed, and we can’t imagine it’s anything crazy.

The display size of these 2 models is 10.1-inches and well-supported by Full HD+ 1920 x 1200 pixels resolution which is based on IPS Technology. The brain behind P10 and Tab M10 is Snapdragon 450 Chipset that works fast as compared to other 3 tabs.

Taking a start from Tab P10 which is the top model housing 4 sensational loudspeakers around the display. This sounds lovely as it’s quite impressive, considering it has slimmer bezels compared to its siblings. The Tab P10 also has 7000mAh non-removable battery which promises to last 15 hours of video playback.

You do get a massive 64GB of onboard space and 4GB of RAM. Better cameras as well, 8MP AF FaceTime and 5MP rear. 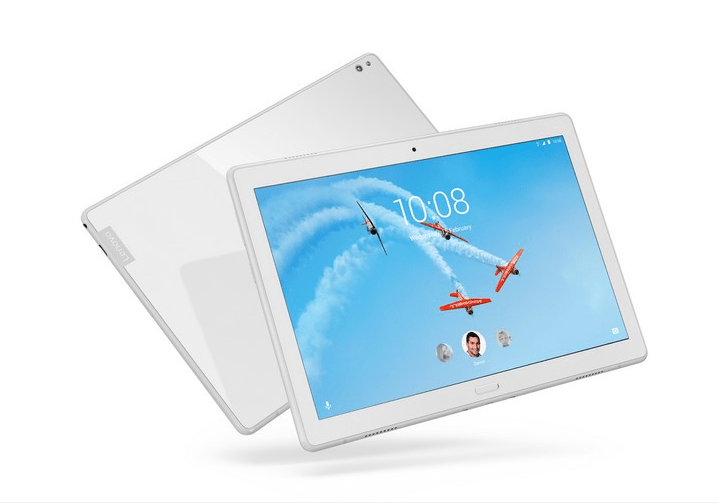 The Tab M10 is backed by 2 but Dolby Atmos speakers. It has quite a smaller battery capacity – 4850mAh – whereas it weighs a touch more – 481 grams. Outback, you’ll see a 5MP AF and 2MP on the front. You’ll get 3GB of RAM and 32GB of onboard memory and users can expand it further with a help of microSD card. It runs on Android Oreo, though. 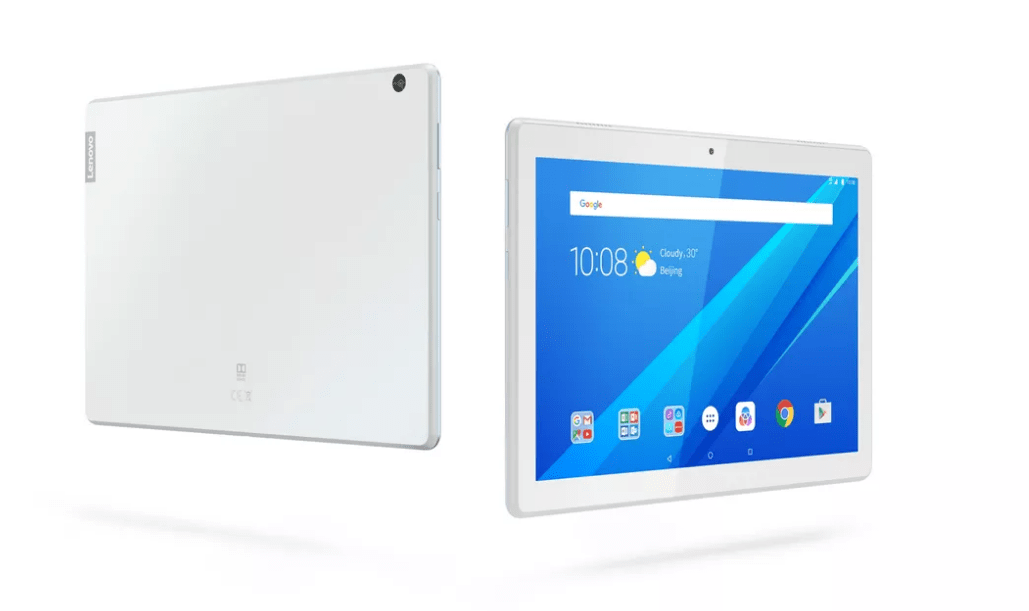 Both Lenovo Tab P10 and Tab M10 will start landing on shelves later this year. The exact release date is something we’re short on words on, for now.

It’s affordable and costs only USD 70. Clearly competing with mid-range and entry-level Kindle Fires. It comes with 7-inches TN LCD display – being supported by 1200 x 600 pixels resolution for Full HD visuals. Out front, you’ll see a 0.3MP camera and a 2MP shooter on its rear.

Digging down inside, it’s powered by MediaTek MT8167 Chipset, 1GB of RAM, 16GB of ROM and a microSD card. Perhaps you would be disappointed as it houses only 2750mAh battery but it is fine as far as its price is concerned. It will be exclusively available from Walmart, starting in October. 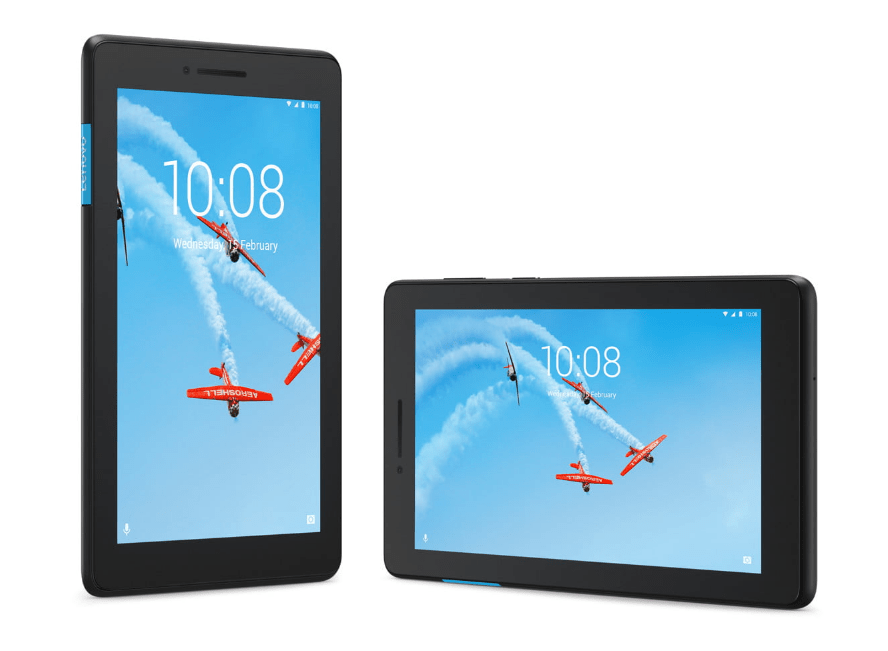 The Tab E10 is being followed by P10 and M10 and comprises a 10-inches screen (1280 x 800 pixels IPS display alongside front-facing stereo speakers with Dolby Atmos support. The brain behind Tab E10 is Snapdragon 210 with a Quad Cortex-A7 Processor. As compared to Lenovo’s top models, onboard memory and RAM both have been slimmed down – 16GB and 2GB respectively. Does it sound quite better than Android Go Edition hardware? Of course, Yes!

Last and least, Lenovo Tab E8 is quite a mind-boggling. It sets users back around USD 100 and has a bunch of things going for it – an 8-inches IPS based display with 1280 x 800 pixels resolution and a single front-mounted Dolby Atmos speaker. The battery capacity is the same – 4850mAh which promises around 10 hours of video playback and 5MP rear and 2MP FaceTime sensor as Tab M10 and E10. 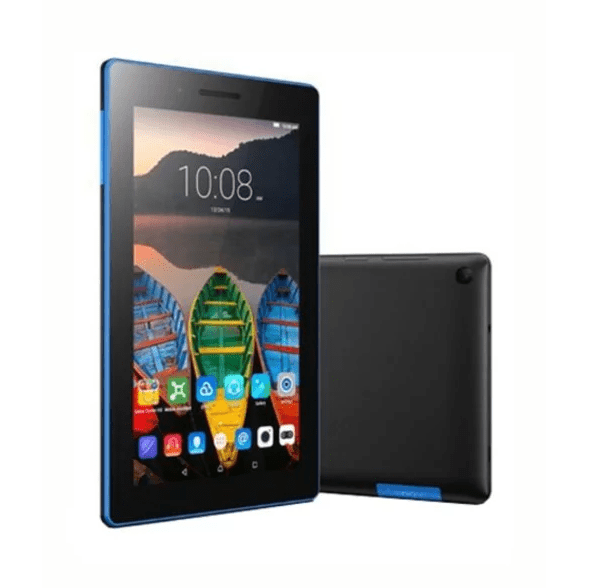 The main difference is, it runs Android Nougat instead of Go Edition on hardware and a MediaTek MT8163B Chipset with Quad A53 Cores. Furthermore, it comes with 1GB of RAM and 16GB of onboard storage with support of microSD slot for expansion. Most important of all, it’s right now available at Walmart.