Apple has ruled the worldwide wearable market, without a doubt and Huawei decided to take part in the market share of the smartwatch as well. In India, in order to take Apple and Samsung as they already started their smartwatches, Huawei confirmed that it would release its Watch GT smartwatch.

The Watch GT by Huawei has some unbelievable onboard components which are making it tough for Apple Watch series, which, according to IDC reports, is the market leader in wearables.

The Watch GT comes with a round dial design with a 1.39-inch OLED 454 x 454 pixels resolution and 326PPI touch-screen display. GPS, Sleep Tracking, Optical Heart Rate Monitoring, Ambient, and Barometer are all available in Watch GT alongside a bunch of other important sensors such as Accelerometer, Gyroscope, and Magnetometer. 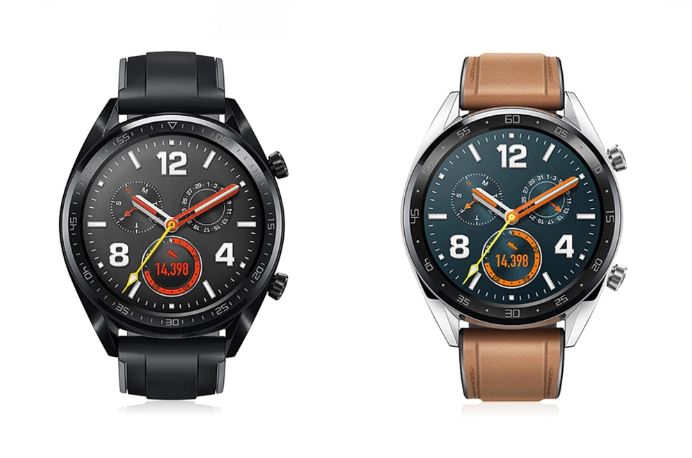 The 16 MB RAM is being provided with 128MB of onboard storage. The architecture is powered by a dual chip, which Huawei claims can save up to 80% power with ease.

The long battery life provided by Huawei Watch GT is the biggest selling point. Huawei has claimed that Watch GT offers a battery life of 2 weeks, hence relieving users from daily charging of the smartwatch.

Huawei has also said that the maximum lifetime of the standby battery is 30 days in the watch GT. It comes with water resistance up to 50 meters and one can pick it up in a choice of two sensational colors – Black Stainless Steel and Stainless Steel.

Most important of all, it’s compatible with Android and iOS. And to connect the Watch GT to your smartphones, users need Android 4.4 or later and iOS 9 or later.

Huawei is most likely to release Watch GT somewhere in September or October in the United States and other countries. The Watch GT in the US will set users back around $229 which after conversion comes to approx. 199 Euros. Huawei also has a Sport variant which comes at 199 Euros. As Huawei has confirmed that Watch GT will arrive in India but its official release date and price both haven’t yet revealed.