According to the most recent reports, Huawei has now become world’s 2nd biggest smartphone brand – sitting right behind Samsung. The witness is, we have already seen Huawei has closed a gap in so many countries of the world in the past 12 months. 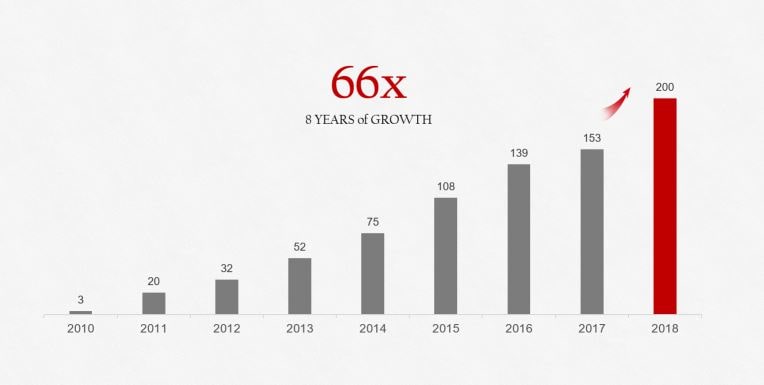 Now, in Russia, Huawei has overtaken Samsung and became the largest smartphone brand. Based on a report from Counterpoint Research, Huawei has moved from the second position with 24% of a smartphone market somewhere in the 2nd quarter of 2018 to now sit first with 31% of the market share.

According to a report, Huawei’s 31% of the market moves them ahead of recurrent market leader whereas Samsung sits with only a 30% share.

Isn’t it a significant amount? Obviously! Especially when considering their numbers where already large back in October 2018 Huawei sold out 2.84M units in Russia only. All in all, across the globe, Huawei sold out more than 200M units in 2018. It’s indeed the biggest increase over 2017 – sold out 153M units only.

Yes! That’s an unbelievable achievement especially for a smartphone manufacturer without a major carrier contract in the United States.

In 2019, Huawei is expected to set their goals to a haughty 250M smartphones which are believed will leave Samsung behind as the world’s 1st smartphone brand.

According to the last year’s results of Huawei and their obvious willingness to successfully push the boundaries and innovate to manufacture amazing handset. Well, it won’t be any surprise for us if Huawei overtakes Samsung will lead the world of smartphone.

What is your favorite Huawei’s smartphone so far? As far as my liking is concerned, Huawei Mate 20 Pro is an excellent smartphone with fully-baked features. Do you a lover of Samsung?

0 0 votes
Article Rating
Source:mydrivers
Via:Gizchina
Share on FacebookShare on Twitter
the authorStaphanie Kyle
Staphanie Kyle is one of the youngest members managing gadget reviews and other high priority news and stories for TechenGuru. When she isn’t working, you can find her listening songs and watching documentaries and sports.
All posts byStaphanie Kyle
Subscribe
0 Comments
Inline Feedbacks
View all comments