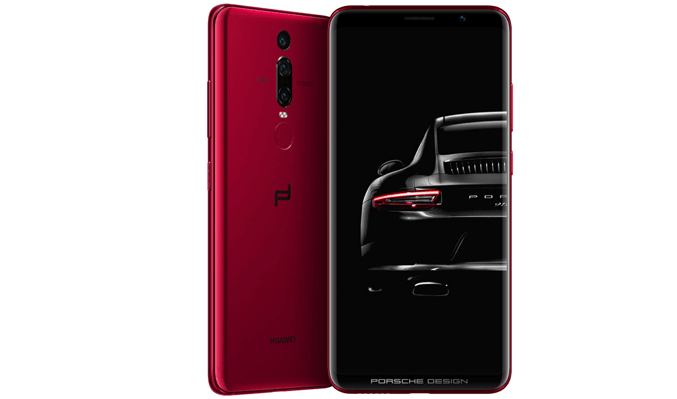 Huawei has introduced its latest smartphone named as “Huawei Porsche Design Mate RS”. The new device comes with dazzling and luxury features such as 4 cameras and wireless charging. It is loaded with a 6-inches touchscreen display and supports the maximum resolution of 1440 x 2880 pixels at a pixel density of 538 PPI.

Are you curious to know Huawei Porsche Design Mate RS specifications? We’ve got you covered. Have a look at the following specs list.

Huawei released its greatest Mate RS almost a month back on March 27, 2018, in China, UK, France, HongKong, Spain, Italy, and Switzerland. And it has started landing on shelves on 12 April 2018.

[ctt template=”8″ link=”3NcP1″ via=”no” ] The Huawei Porsche Design Mate RS release date in Australia has also been announced a couple of days back and right now, only available exclusively in Diamond Black colour across the country, sources told TechenGuru[/ctt]

Actually, Huawei Mate RS is available in two colours – Red and Diamond Black. The Red version is likely to be exclusive to China, with a Diamond Black version is currently being sold across Europe, Australia, US and other Asian countries.

The Porsche Design Mate RS is almost same as Huawei P20 Pro in terms of specifications. However, there’s a 6.0-inches AMOLED display which is quite similar to Samsung’s curved Infinity Displays. The screen is supported by 18:9 aspect ratio with an impressive QHD screen resolution.

The device is loaded with a classy glass on both sides and metal frame. When talking about the back side of the phone, you’ll find a triple camera configuration along with a fingerprint sensor right under it. And if you’re looking where the second fingerprint located is, check out right below the display as you can unlock Mate RS just by touching the display.

Moreover, when flying a finger close to the screen, the phone wakes up which means there’s an “Air Touch” feature available – a Samsung-like. Most importantly, Huawei cannot ignore water and dust protection feature. Therefore, you’ll get dust proof and water resistance up to 1 meter for 30 minutes with the IP67 rating.

The same camera technology has been used in Huawei Porsche Design Mate RS which was used in Huawei P20 Pro. Do you get your hands on Huawei just for its camera configuration? Mate RS is a perfect choice then. Backed by Leica, a camera has two sensors – a 40MP RGB sensor with f/1.8 aperture and a 20MP monochrome sensor with f/1.6 aperture. Working together, they produce exquisite high-quality images.

The remaining factor is related to its 8MP camera (f2.4 aperture) sports 3.x optical zoom, which is also optically stabilized too.

Huawei Porsche Design Mate RS is well-equipped with all the advanced camera features you can find on any other flagship with ease. With highly advanced and intelligent camera technology, you will get the maximum possible results in any environment and in any lighting condition. There are plenty of stunning AI elements combined in this device such as AI stabilization offering handhold long exposures and auto-recognition of different scenes to make sure you could get dazzling shot anytime and anywhere.

Luxury smartphones just like Samsung Galaxy S9 and Sony Xperia XZ Pro have traditionally been the expensive smartphone but doesn’t really deliver when it comes to technological innovation and performance. Here is where Huawei Porsche Design Mate RS comes into play. The phone breaks the blight by not only delivering exquisite performance but also using the latest components rather than relying on premium materials.

[ctt template=”4″ link=”a1kB7″ via=”no” ]The Mate RS bears a Kirin 970 AI processor along with a 6GB of RAM – undoubtedly takes high performance to the next level. The phone also runs smoothly without showing a sign of lag when working on multiple apps at once or playing graphics enriched games.[/ctt]

Huawei Porsche Design Mate RS comes with a large 4000mAh battery which was founded on the Huawei P20 Pro. A stunning feature called SuperCharge by Huawei is also supported. According to official figures, SuperCharge can juice up the phone up to 58% in only 30 minutes through its Type-C connector.