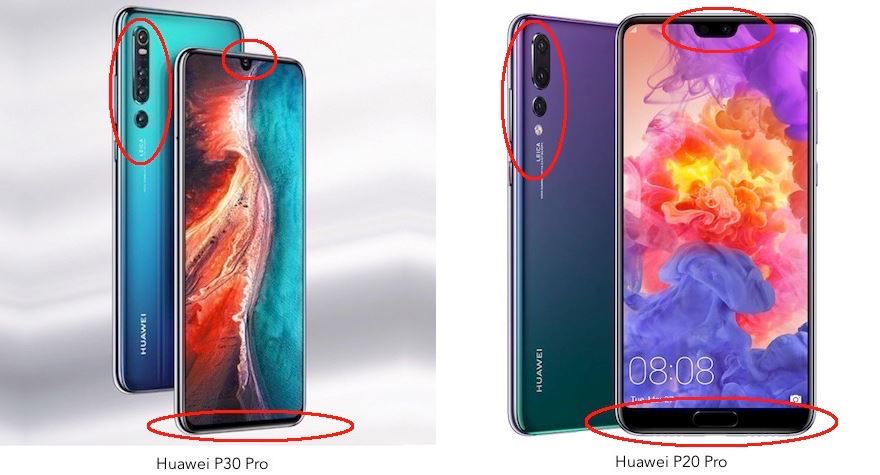 It’s indeed a high-end smartphone by Huawei which is running on Android Pie 9.0 operating system out of the box and with a help of rear four dazzling sensors, you can use it to zoom in approx. up to 10x without compromising on a quality of the image. Equipped with an on-screen fingerprint scanner, the super-fast processor (as mentioned above) and a battery which charges from 0% to 100% in a couple of minutes.

The Huawei P30 Pro specifications include a 6.47-inches OLED touchscreen which is sharp enough and takes your enjoyment to the next level, a whopping 512GB of onboard memory for storing loads and loads of data and 4200mAh battery keeps that beast alive all day long even under heavy usage. The smartphone also has:

Yesterday on March 26th during an event in Paris, Huawei officially launched P30 Pro alongside its brother P30. Both handsets are now available to pre-order and will officially start hitting shelves on April 5th, 2019. The official availability of P30 Pro in Australia is also the same which means Aussies can get their selves ready to buy one in a couple of days.

Onto Huawei P30 Pro Price in Australia, it’s available in three different storage flavours. The handset with 128GB of onboard memory set users back AU$1500 whereas 256GB variant of P30 Pro is priced AU$1700. As far as the 512GB variant is concerned, it goes for a whopping AU$2000. It’s available in five sensational colours to choose from – Pearl White, Black, Breathing Crystal, Amber Sunrise and Aurora.

Back in 2018, Huawei made a big impression with a gorgeous camera of P20 Pro. Three sensors in P20 Pro use AI (artificial intelligence) in order to recognize situations around and adjust a camera setting accordingly. The Huawei M20 Pro which is almost 5 months old handset can capture even better images with a lot of details than that. The P30 Pro will now capture better images compared to Mate 20 Pro – thanks to its four rear cameras.

The first and main camera sensor is 40MP which is capable enough to capture dazzling images and has OIS (Optical Image Stabilization) which ensures that captured image is free from blur and sharp enough even in low-light condition. The 40MP camera is linked with a 20MP secondary wide-angle lens that makes ultra-wide shots. It enables users to take much wider environments compared to a regular camera.

Here is where it really shines – an 8MP camera which Huawei added for periscopic zoom. This 8MP camera lens enables up to 5x zooming – hence you can get images very close without losing the quality and sharpness of an image. Artificial Intelligence is being used by Huawei again to enable up to 10x zoom whereby a software ensures that images you capture stay sharp, vivid and bright.

The fourth and last sensor is TOF (Time-Of-Flight). Such sensor sends out infrared light to all objects. Then it registers how speedily that light reflects off to measure distances. This sensor comes into action when capturing portraits as it enables improved depth estimation. Moreover, it’s also useful for Augmented Reality apps as it can rapidly place virtual objects in the real world. Out front, on the other hand, a solid and quality-oriented 32MP sensor is holding its position which assists you in selfies and video calls with your loved ones. Most important of all, a selfie snapper can also be used for Face Recognition.

Onboard Components and Battery

Digging down inside the beast, it’s powered by Huawei’s updated and super-fast HiSilicon Kirin 980 Chipset which is partnered with a whopping 6GB/8GB of RAM and 125GB/256GB/512GB of onboard memory. The interesting thing is that it’s expandable further up to 256GB with the help of microSD card.

The P30 pro comes with an abundant performance duty of 4200mAh battery which enables to have maximum battery time. It obviously means that wouldn’t need to get it charged that often and if an individual uses it throughout an entire day, he/she will still have approx. 25% of juice left in the tank. The handset has the capacity to be energized via its USB Port and security of P30 Pro is taken care with an on-screen fingerprint scanner.

7.7The handset is yet to be tested by numerous online sources – so leaving remarks about P30 Pro would be too prompt. But, it’s a flagship smartphone which is backed by a robust configuration and an ample amount of battery. The key highlight is its camera department which houses four outstanding cameras and high-quality sensor out front for selfies. Both cameras are said to produce awesome photography experience. Also, the onboard memory is huge and most important of all, it’s still expandable further up to 256GB. Making a long story short, it presents an impressive spec-sheet that would be appreciated by Huawei fans worldwide.