Based on most recent reports, we are about to see another mixer of Quad cameras in Huawei’s upcoming smartphone named Huawei P30 Pro in Australia and all other regions. Rumors have indicated that Huawei P30 Pro will arrive with an on-screen camera hole design. However, Ice Universe has revealed that it’s going to be landed with a waterdrop-like notch. 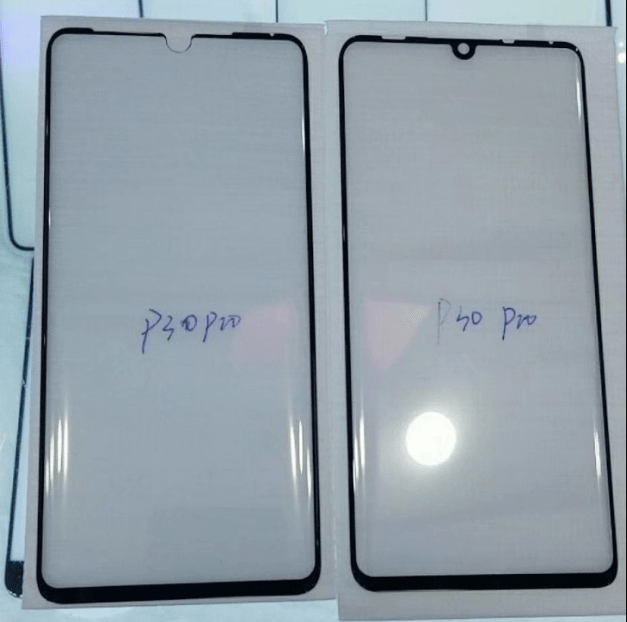 Considering what Ice Universe says further, an upcoming P30 Pro will be backed by a curved screen which is made either by China’s BOE screen maker or LG from South Korea.

Samsung, so far, is the only manufacturer of OLED in-screen hole designed screens which are officially known as Infinity-O.

The leaked images of screen protectors of an alleged Huawei P30 Pro has also unveiled that it’s featuring a waterdrop-like notch.

Aside from everything, a new render created by popular designer and tipster Benjamin Geskin indicates a waterdrop notch and on the outback, there is a Leica engineered Quad camera configuration which includes 3 camera sensors and another fourth camera sensor with an LED Flash. The first 2 small size sensors with LED Flash will be for laser autofocus and it’ll be available in Aurora Blue gradient color. Be noted, Samsung is also offering a quad camera smartphone named Samsung Galaxy A9 2018. 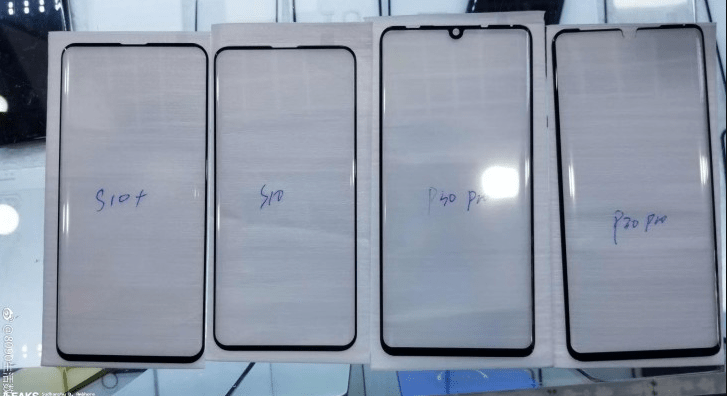 According to the previous reports, a 38MP Sony IMX607 camera which is being supported by exceptional performance is said to be included in P30 Pro alongside Huawei’s super-fast HiSilicon Kirin 980 Chipset. It’s most likely that P30 Pro will be Huawei’s first smartphone to come with 5G support.

As a reminder, Huawei Nova 4 is set to arrive on shelves on December 17 whereas Honor V20 will hit shelves in China and nearest regions on December 26. Both devices are holding an on-screen camera hold display design.