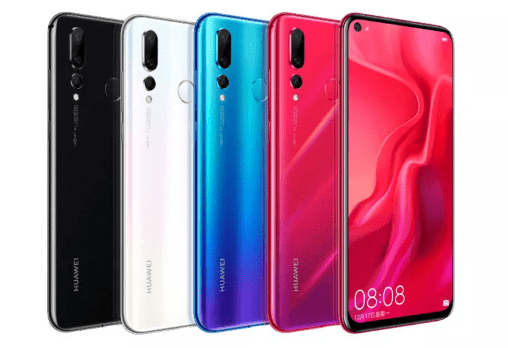 Huawei has confirmed that it would launch its Nova 4e in China on March 14. This smartphone has already been launched on global markets as the Huawei P30 Lite if reports are to be believed The Huawei Nova 4e has now been found on Chinese TENAA certification agency just around a week before its official launch.

The Nova 4e is anticipated to have a TFT display with a water drop notch at the top, based on the TENAA listing. It’s powered by a HiSilicon Kirin 710 octa-core chipset, with four cores ARM Cortex-A73 at2,2 GHz and 4 cores ARM Cortex-A53 at 1,7 GHz. The chipset is paired with RAM of 4GB or 6GB and 128GB of onboard memory.

As stated above, the Nova 4e will be released outside China as the P30 Lite. The TEENA list of the Huawei P30 Lite, previously leaked, revealed a 3,240mAh battery with a fast charge 18W and a fingerprint sensor at the rear.

Previously leaked Huawei P30 Lite case shows that it is fitted with a notch display waterdrop-style. The front view of the mobile phone shows that the display is slim with bezels. A 32-megapixel selfie camera with the support of Artificial Intelligence powered Beauty mode is expected to be incorporated in the little notch.

The back shell of the phone is displayed in the top-left corner with a vertical 3-camera system. There is a LED flash in the triple camera configuration between the second and third sensors. A USBC port and a 3.5 mm audio jack both are apparently holding their position on the bottom of the phone.

Samsung Galaxy S10 Flagships are now on Sale in Australia