A couple of days back, Huawei teased to come up with a smartphone before December 2018 is out which will be backed by a punch-hole screen. The smartphone is most likely to be named Huawei Nova 4 in Australia and all other regions.

And if everything turns out to be true, chances are it will go one better Samsung Galaxy A8s as world’s smartphone with a display hole for FaceTime sensor.

A bunch of renders and live images of Nova 4 has been surfaced now online which give us an idea of how does display look like.

All the images that have been surfaced online indicating a display with symmetrically narrow bezels all around. The small hole in a screen located on the top left side of a smartphone removes the need for a notch. 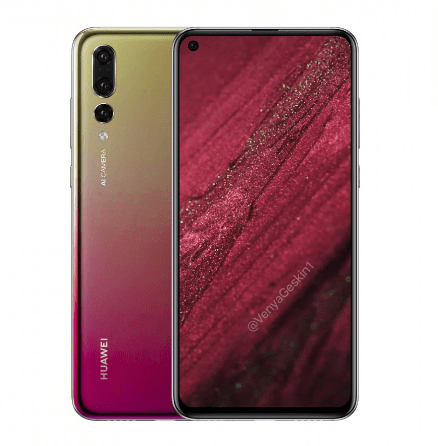 Moreover, WinFutre.de has reported that Huawei is using an LCD Technology in Nova 4 and the rest of the design of Nova 4 is covered by Huawei during a presentation. A few days later, Ben Geskin created a concept render that how Nova 4 looks like from the back. Based on that render, the rear side of Nova 4 will have a gradient color design and triple camera configuration which sounds a pretty much a Huawei P20 Pro.

Aside from everything, Nova 4 is a mystery as far as specifications go. Huawei announced that Nova 4 will arrive on shelves in December which a month ahead of Samsung’s A8s official launch. So far we have heard that Galaxy A8s will be the world’s first smartphone to house a hole in the screen for a selfie camera as Samsung is working on what it calls an Infinity-O display.

Either Huawei’s Nova 4 lands before Galaxy A8s or not, it’s yet to be revealed. However, Samsung has rumored that Infinity-O display will be used for Samsung’s upcoming Galaxy S10 flagship.

0 0 votes
Article Rating
Source:Source
Via:Via
Share on FacebookShare on Twitter
the authorStaphanie Kyle
Staphanie Kyle is one of the youngest members managing gadget reviews and other high priority news and stories for TechenGuru. When she isn’t working, you can find her listening songs and watching documentaries and sports.
All posts byStaphanie Kyle
Subscribe
0 Comments
Inline Feedbacks
View all comments