The Huawei MediaPad M5 Lite in Australia is backed by four speakers which are certified by Harman Kardon. Users will get a fancy-looking mid-range tablet alongside LTE support. The MediaPad M5 Lite is an upper-middle-class device with a Full HD screen, an Octa-core processor and Android 8.0 Operating System.

Things are quite blurred, for now, and it’s hard to make even an educated guess in terms of Huawei MediaPad M5 Lite specifications in Australia. However, based on what we’ve heard so far, MediaPad M5 Lite will be backed by 10.1-inches IPS LCD screen alongside a maximum resolution of 1920 x 1200 pixels and 224 PPI Density for exquisite visuals.

We’ve also heard that it will run on Android 8.0 Oreo operating system and will house HiSilicon Kirin 659 Chipset which is coupled with 3GB/4GB of RAM and 32GB/64GB of onboard memory. The onboard memory, however, can be expanded further up to 256GB with a help of microSD card. The rear camera is 8MP and an 8MP sensor is holding its position on the front too. You can find MediaPad M5 Lite’s battery and other details in a table below. 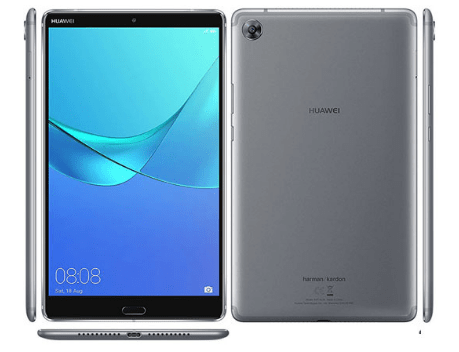 Note: We are not responsible nor guarantee that everything available on this page is 100% accurate.