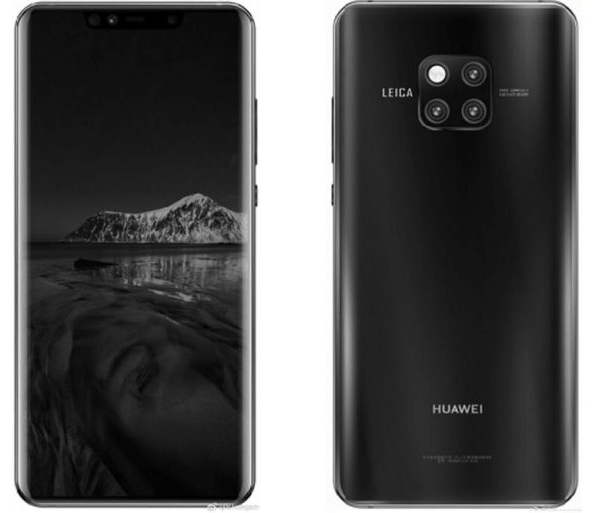 Today, we’ve got to see Huawei Mate 20 Pro in a new Silicon case covers. One thing we’re damn sure about Mate 20 Pro is “Rectangular Camera Module Design” which has already teased by Huawei on at least a couple of occasions. So, a new camera configuration will land with a 40MP regular lens, 20MP B/W lens and an 8MP Telephoto lens. This new tri-camera configuration reminds Huawei’s first tri-camera setup smartphone “P20 Pro”. But Mate 20 Pro comes with an interesting “Underwater Mode” making Mate 20 Pro stand out from a crowd.

New leaked photos confirm a massive Notch housing an earpiece and FaceTime sensor. The rest of the space left is likely not enough to sport Face Recognition solution. Instead, there’ll be a standard ambient light sensor.

The other features include OLED Technology panel with a whopping 6.9-inches screen with 1440 x 3120 pixels resolution. The regular Mate 20, on the other hand, comes with 6.3-inches 1080 x 2244 pixels OLED panel. At bottom, a 3.5mm headphone jack is holding its position alongside USB Type-C port.

In Huawei Mate 20 Pro, NM Card seems to be a completely new item. Based on what we’ve heard, 128NM Card supports a transfer speed of 90MB/s. That sounds identical to Video Speed Class Defined by SD Association which is mandatory to support 4K video recording.

Last but not least, we’ve got a look at a new Huawei Wireless Charger. This wireless charger is having a USB Type-C input – 15W – Qi standards and onboard foreign object detection. This feature plans to avoid any conductivity issues – caused by ID Cards, Keys and Coins.