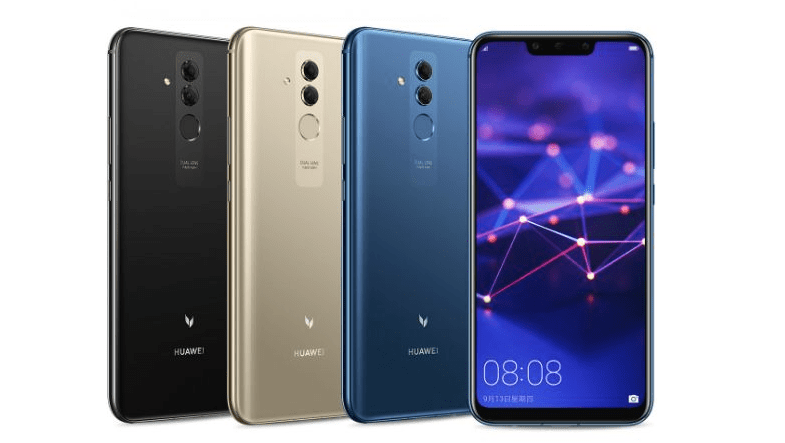 Huawei is all set to launch Mate 20 and Mate 20 Pro before October is out. The Mate 20 Lite as compared to 20 Pro, is a mid-range and smartphone which is expected to go official sooner as we’ve already come through numerous rumours and suggestions in the recent weeks. Going a little back in 2017, Huawei launched Maimang 6 smartphone in China and announced in other regions with a different name “Huawei Mate 10 Lite”.

Recently certified Maimang 7 will hold its position in China from September 15 onward with a different named “Huawei Mate 20 Lite” in other countries. Based on most recently leaked Maimang 7 images, its listing had accidentally gone live in China for a short period of time. The official website listing leak has once again unveiled a decent amount of features and overall design.

We are relying on rumours and suggestions as of now as according to leaked Huawei Maimang 7 specifications, it will houses a Notched display with a screen size of 6.3-inches IPS LCD – produces a Full HD+ resolution of 1080 x 2340 Pixels. Taking a look at the bottom, Maimang 7 houses a standard 3.5mm Headphone Jack and a USB-C Port. The battery inside the beast is 3750mAh with a support of Fast Charging.

The brain behind Maimang 7 is HiSilicon Kirin 710 SoC which is coupled with a whopping 6GB of RAM. Thus users can expect smooth and seamless performance while working on multiple apps at once or playing graphics-intensive games.

It’s expected to run on Android 8.1 Oreo Operating System alongside Huawei’s own Version of Google Lens. A 64GB of onboard storage will be offered with an expandable option further up to 256GB. The handset will be backed by HDR Pro Technology in order to obtain detailed and beautiful images. The device will house a dual 24MP + 2MP selfie snapper with plentiful features i.e. 3D Emoji and QMoji.

So far Huawei hasn’t revealed when Maimang 7 will appear on the official website but it’s expected to be landed on shelves sooner. Based on a most recently leaked poster of Mate 20 Lite hinted that it will hold its position on shores in China on September 15. The Huawei Mate 20 Lite release date in Australia is, however, undecided for now.

As far as Huawei Mate 20 Lite Price in Australia is concerned, it’s expected to be in between the range of AU$649 which is translated from Euros 400.

“The name “Maimang 7” will only be used in China whereas it would be known as Huawei Mate 20 Lite in Australia and other regions”.