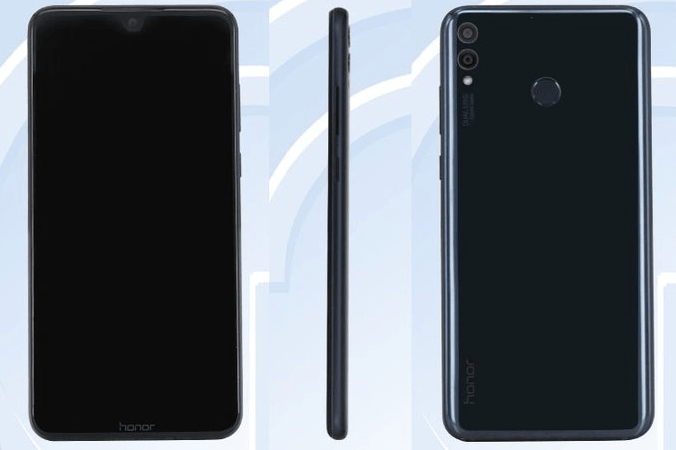 Honor a sub-brand of Huawei is reportedly working on 2 new flagship level but budget-friendly smartphones named Honor 8X and Honor 8S. Based on a report on China’s social website Weibo, Honor 8X will be a successor to Honor 7X which was released not too long ago. As of now, there’s nothing known about such devices except these are coming with V-shaped Notch.

The Honor 8X on TENNA has revealed something very interesting that can grab everyone’s attention – a V-shaped Notch which is absolutely going to be a very unique way to increase the screen-to-body ratio of a smartphone.

Undoubtedly, V-shaped Notch will be one of the magnificent changes in the world of smartphones but chances are Honor 8X might not get deployed with 3D facial recognition. It’s sure to be a sad news if it turns out to be true, isn’t it? In order to feature advanced 3D Facial Recognition, a smartphone needs multiple sensors which cover a decent amount of space at the top side, resulting in a broader Notch.

A most recent leak of Honor 8X indicates a screen protector which is positioned next to a smartphone and can’t be sure for now, if it’s a retail unit, dummy or an engineering sample. Whatever it is, the difference is that the Notch show is wider compared to rumour V-shaped. Despite it’s quite wider, it still lacks 3D Facial Recognition. However, users will enjoy a dual-camera at the front, where the 2nd camera being added for depth sensor purposes. Hence, users will be able to create selfies with Bokeh effects, making captured images more detailed and prominent.

This time around, a complete list of specifications of Honor 8X is something that we cannot surely say about as we are running short on information. However, the display technology will probably be IPS LCD as Huawei normally reserves these pretty expensive OLED panels for the high-end smartphone models. The brain behind Honor 8X will be HiSilicon Kirin 710 and will be able to provide users more performance compared to Kirin 659.

The screen size could measure at 6.5-inches and the battery is expected 3500mAh. The slimmer bezels and biggest display mean Honor 8X will easily be able to fit in the palm of your hand despite the enlarged screen.

When will Honor 8X start landing on shores? It’s for now, unclear as China’s social website Weibo didn’t reveal any release date or announcement. It’s better to wait a little longer, so the things will be quite clear.

As far as Honor 8X price is concerned, it’s expected to cost approximately 1299 Yuan which after conversion comes $188/AU$258.  The official Honor 8X Price in Australia is something which we will need to update you in the upcoming days.