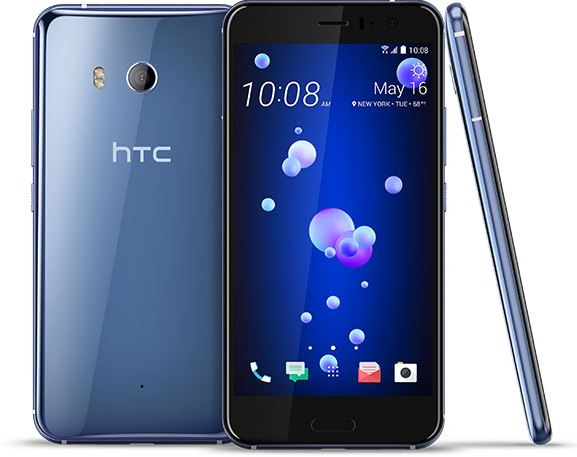 HTC U12 – The Upcoming Mobile Phone With New Specs

The Taiwanese manufacturer HTC may release its next flagship smartphone as soon as next month. It is expected to be called the HTC U12 which will serve as a follow-up to the HTC U11. However, last year’s HTC U11 was absolutely a great phone, but not much as compared to Samsung’s Galaxy S8 or Google’s Pixel 2. Assumptions and HTC U12 rumors are circulating that it’ll be loaded with a big improvement especially in terms of design to compete with the likes of Samsung Galaxy S9 or even upcoming Huawei P20 series.

But what can we expect from HTC’s likely follow-up? Here’s a complete HTC U12 review as well as expected specifications we know so far. So, let’s get started.

A predecessor named HTC U11 was released in May and started hitting shores in June and HTC 10 was also launched in the month of May. These dates are showing that HTC U12 release in Australia will be May 2018.

As now we know that May 23 is the HTC U12 launch date, but how much will it cost worldwide, that is still a mystery. As far as HTC U12 price in Australia is concerned, it is sure to cost a lot around AU$850. Perhaps that price will increase to AU$950 or even AU$999.

This price tag ultimately puts HTC U12 in the section of Samsung Galaxy S9 and Nokia 8 Sirocco. A year’s old HTC U11 was released for AU$999, so we will probably have to pay almost that much for this successor.

Just for a refresher, HTC U11 was almost $75 lesser than Samsung Galaxy S8 ($725) when it was launched. There’s nothing to be surprised if the price difference between the two smartphones will be the same, but indeed a good strategy of HTC.

HTC U12 Design and Display:

Based on rumors circulating around, HTC U12 will be having smaller bezels as compared to its predecessor. We’ve not seen the back of a phone, but it could be similar to that of the HTC U11 Plus. Therefore, we’re expecting a minimalistic glass design along with fingerprint – hungry Liquid Surface finish.

Latest rumor advises that it’ll be available with an exquisite matte white design to with its metal and glass body. Perhaps it’s a brave move of HTC and somewhat unique in the world of smartphone. Despite HTC manufactured a great-looking device “Solar Red U11” last year, but it has earned out a huge trust for now on that score.

As for the display, HTC U11 was loaded with a 5.5-inches Quad HD display with 16:9 aspect ratio. So, HTC U12 will most likely have a slightly big display than its predecessor. Not taller than a 6-inches, but HTC could go down the middle and boast the U12 with a 5.7-inches of 5.8-inches display. We don’t have any leaks to back that up, in fact. The screen is expected to offer Quad HD+ resolution, although rumors specify we might see a 4K panel.

On paper, HTC U12 sports a dual 12MP + 16MP rear camera and an 8MP sensor sit on its front for capturing gorgeous moments with your near and dear.

As you’d expect, captured images by HTC U12 are pretty stunning. The colours are more beautiful with lots of details and the focus is also quick. The camera comprises numerous features like Geo-tagging, Phase detection, Panorama, and HDR.

Note: The concept of dual-camera configuration has been confirmed by HTC itself, which says it will start manufacturing dual-camera phones again next year.

HTC U12 Performance and Storage

Under the hood, HTC U12 is powered by Snapdragon 845 which is paired with 6GB of RAM. The HTC U12 gives the users a lag-free experience when playing graphics enriched games or working on multiple tasks.

As for an onboard storage, HTC U12 is loaded with 256GB onboard storage that allows you to save all of your stuff with ease. The onboard memory is expandable or not, it’s still a mystery.

The HTC U12 is backed by a 3420mAh non-removable battery that keeps you online throughout a day under both causal and heavy usage in a single charge.

Just like all other flagship devices, HTC U12 comes with a bunch of connectivity options such as Wi-Fi 802.11 a/b/g/n/ac, dual-band, Wi-Fi Direct, hotspot, Bluetooth, GPS, and USB.

Discussed above are all the rumors and news we’ve heard so far about HTC U12. As soon as we hear something more, we’ll update this page. In the meantime, let us know your thoughts regarding HTC U12. Will it be a great successor? Tell us in the comments below.

Apple iPad 2018 Review: A Most Inspiring Update Over iPad Pro