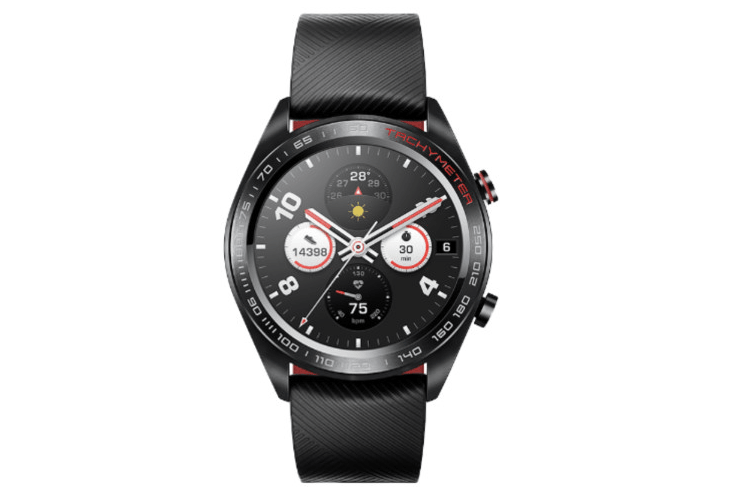 The Honor Watch Magic specifications include a gorgeous and bright 1.2-inches AMOLED screen – compared to 1.39-inches for Huawei one. In both cases, a resolution was selected to deliver quite a sharp 326PPI density. 178mAh battery down from 420mAh is also smaller but Honor claims that it’s more than enough and will last users a week of normal use.

The Honor Watch Magic Price is CNY 900 which is also down from Huawei’s Watch GT which set users back around CNY 1300. And if you’re living in Europe, you’ll be able to get Huawei Watch GT by spending 200 Euros and 150 Euros for Honor Watch Magic.

Well, you’ll get a complete package for your hard-earned money. The watch is rated to 5ATM so it’s swim-proof. The Honor Watch Magic is also sporting a few advanced features and a heart rate monitor.

It’s just 9.8mm thin which is obviously a great news for those who are sick of having their shirt sleeves continuously catching on their smartwatch.

It’s built out of 316L stainless steel and plastic – supporting a range of Quick-Fit straps. The Watch Magic is up for sale in China and you can easily get your hands on one by visiting vmall. Users will have only 2 color options to choose from – Lava Black and Moonlight Silver.