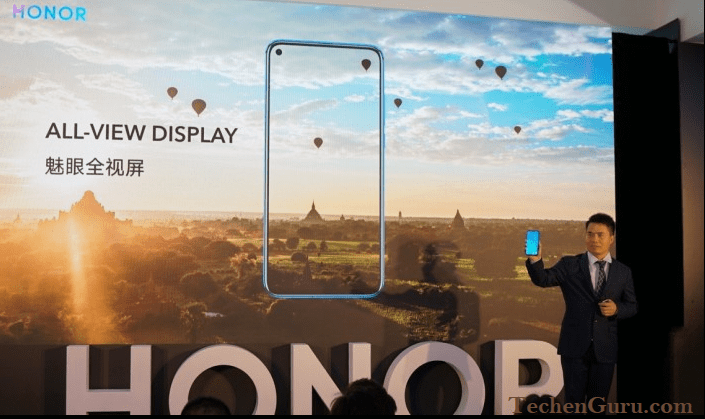 Samsung is most likely to be world’s smartphone brand to launch in-screen FaceTime sensor named Samsung Galaxy A8s on December 10, 2018. The Huawei, on the other side, has all set to follow the Korean Giant with a launch of Nova 4 which also houses an on-screen front camera on December 17, 2018.

Right after hearing that, Huawei’s subsidiary brand “Honor” has decided to join that party with its own offering named Honor View 20 in Australia and all other regions.

The sub-brand has scheduled as an event in Paris on January 22, 2019, where it could reveal a handset with an on-screen front-facing camera. It’s a successor of Honor View 10 which was released early this year in January.

Honor and Huawei both share technologies. Huawei does focus on the mainstream segment and Honor focuses on premium mid-range and entry-level smartphone segment. But, now it seems like Huawei is ready to go against Huawei Nova 4 with Honor View 20 ( as reported earlier ).

Though there is no much know for View 20, reports have claimed that it’s going to house a Full HD+ screen with a screen-to-body ratio of over 92%.

The Honor View 20 specifications (expected) include a tri-camera configuration – positioned vertically, a HiSilicon Kirin 980 Chipset and an on-screen fingerprint scanner which will actually make it the first handset to sport both the fingerprint scanner as well as a FaceTime sensor under the screen.

The total amount of RAM is expected 6GB but chances are Honor will offer an 8GB RAM variant to be aggressive in the premium mid-range segment.