Huawei’s subsidiary brand “Honor” has launched its latest and greatest Android tablet named Honor Pad 5 in India along with Honor 20 Pro smartphone. There are two variants of Pad 5 tablet – one with 10.1-inches display whereas another one comes with 8-inches display. 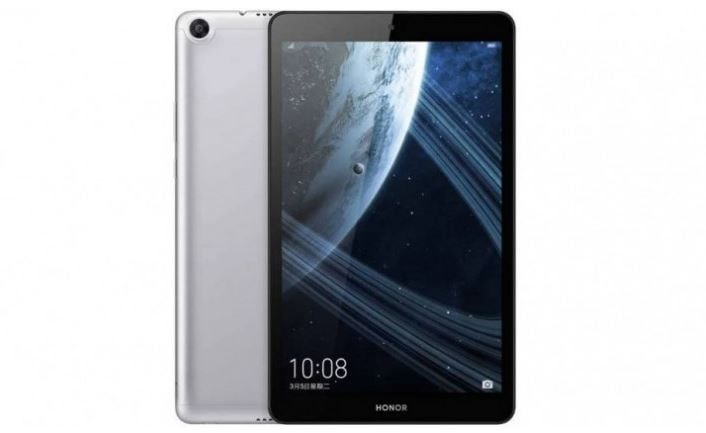 As mentioned above, two screen sizes –8 and 10.1-inches – are provided for the Honor Pad 5 with a resolution of 1920 x 1200 pixels. The unit has dual stereo speakers, the larger Harman Kardon, and the lower Dolby Atmos.

This tablet is equipped with Android 9.0 Pie operating system, topped with Honor’s own layer of customization Magic UI 2.0. Taking a look at the front, the 8-inches variant of Pad 5 houses an 8MP front and 8MP rear camera. The 10.1-inch Honor Pad 5, however, is fitted with an 8MP rear camera and 2MP selfie. The tablet contains 3GB/4GB of RAM and internal storage of 32GB/64GB.

Interestingly, the onboard storage is expandable further up to 512GB if you buy an 8-inches variant – but 10.1-inches variant allows you to expand it only up to 256GB. Connectivity-wise, Honor Pad 5 is loaded with 4G, LTE, Bluetooth, GPS, and Wi-Fi 802.11 a/b/g/n/ac. It’s powered by a massive 5100mAh battery, though.

0 0 votes
Article Rating
Via:gizchina
Share on FacebookShare on Twitter
the authorStaphanie Kyle
Staphanie Kyle is one of the youngest members managing gadget reviews and other high priority news and stories for TechenGuru. When she isn’t working, you can find her listening songs and watching documentaries and sports.
All posts byStaphanie Kyle
Subscribe
0 Comments
Inline Feedbacks
View all comments