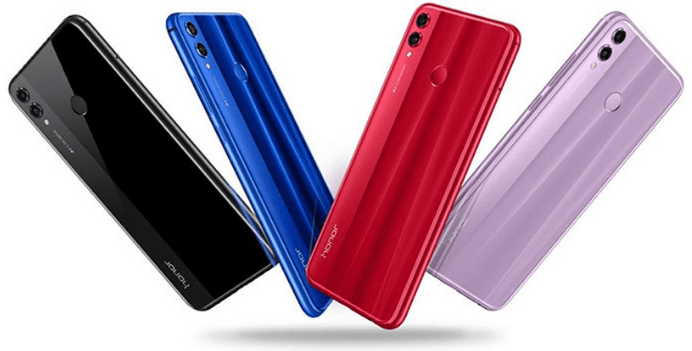 Huawei’s subsidiary brand “Honor” has had an aggressive strategy not only for China, India but also for Australia and released a number of smartphones in 2018 – may be so many depending on whom you ask. Every single released Honor’s smartphone is aimed to offer users brilliant value and build quality which blows amazingly their price tag. Interestingly, Honor 8X in Australia fits perfectly into a portfolio as a supersized smartphone model which doesn’t break your bank. Vivo has becomes

The Honor 8X more or less shares a bunch of in common with Honor 8 which was released back in 2016. It’s coming up with bezel-less design and an entirely different set of onboard fully-baked components. Let’s find out more in our Honor 8X review in Australia below. 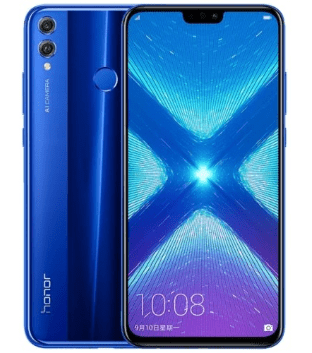 The official Honor 8X release date in Australia was back somewhere in November 2018. That obviously means, it’s available on shelves across Australia and audience from all major cities such as Sydney, Melbourne, Canberra, and Adelaide can get their hands on one, right away.

The handset is indeed a strong mid-range package and it’s sitting in between 250 and 300 euros. In China, it’s coming up with approx. $200 and that is how much Honor 7X set users back. The Honor 8X Price in Australia starts from AU$399-AU$450. One can pick 8X in a choice of 4 dazzling colors – Black, Blue, Red, and Pink.

The device looks similar to some of the highly-expensive smartphones around – sporting a glossy textured glass back finish alongside exceptional light reflecting properties, notched screen, and attention-grabbing looks all around. The highly screen-to-body ratio smartphone (84.0%) which is indeed higher as compared to Honor 8C. and small chin which is undeniable dazzling – giving 8X even more screen to work with.

It’s combined with glass back and sharper edges as compared to other large handsets e.g. Huawei Mate 20 Pro. The rear fingerprint scanner placement is perfect on a handset of that much size but volume rocket may be a little high up to reach easily.

Comprising a gorgeous and bright 6.5-inches LTPS IPS LCD screen with a maximum resolution of 2340 pixels by 1080 pixels. The biggest screen is even bigger than Samsung’s Galaxy A9 2018 which comes with 6.3-inches S-AMOLED screen.

It’s powered by HiSilicon Kirin 710 Chipset – partnered with Mali-G51 MP4 GPU and Octa-core CPU. It’s certainly not as surprising as Xiaomi’s Pocophone F1 Snapdragon 845 Chipset. It also comes with 4GB and 6GB of RAM – paired with 64GB and 128GB of onboard memory – depending on a region of purchase.

There is only a single bottom-facing speaker whereas a top-mounted speaker is only used for calls. That sounds fine at least. What do you say?

The overall performance is up to snuff but moving between apps can sometimes cause a little bit of stuttering and on occasion, there are animation delays while working on multiple apps simultaneously. In general, it’s amazingly fast and responsive. Heavy 3D games struggle a bit but never to the point where they’re rendered unplayable.

It’s running on Android 8.1 Oreo operating system skinned with EMUI 8.2 on top. There are not so many software installed out of the box. You’ll only see a selection of Honor tools like Game Suite, Mirror, Themes apps, and Compass.

The Honor 8X comes loaded with an impressive 3750mAh non-removable battery which has no problem surviving an entire day with the most demanding user, according to several online sources. The next day of full use will be on the cards if you’re a kind of moderate user. Although capturing a plethora of images and gaming will definitely knock several hours off the total on time.

It won’t be wrong to say that a light user could well extend usage into a 3rd day in that case when you only use the handset for browsing webs and music streaming.

8.1The handset is a bold presence in a mid-range segment thanks to its vibrant screen which actually makes consuming HD contents on it a delight. The rear superb cameras helps you capture quality images with a plethora of details and appreciable color reproduction. Also, delivers smooth user experience tremendously and sizable battery ensures uninterrupted movies. What else do you want?