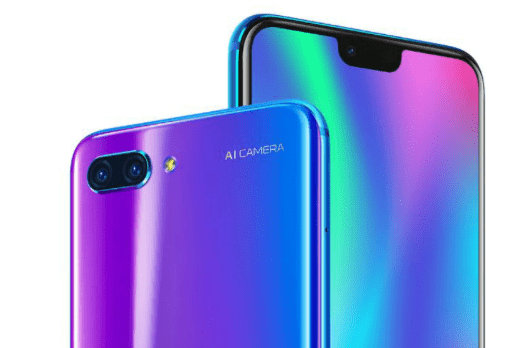 The Honor View 20 is about to hit shelves across China and other regions but an Honor device with model numbers JAT-AL00, JAT-TL00 and JAT-L29 have now been certified on Chinese biggest platform “TENAA” as well as Russian EEC – indicating that these devices are going to be launched in China and Russia and the rest of Europe. According to the specifications appeared on TENAA, it’s likely to be Honor 8A.

So far, there is no image on TENAA attached to either authority’s certification but a bunch of specifications showing what does it bring out for their audience. 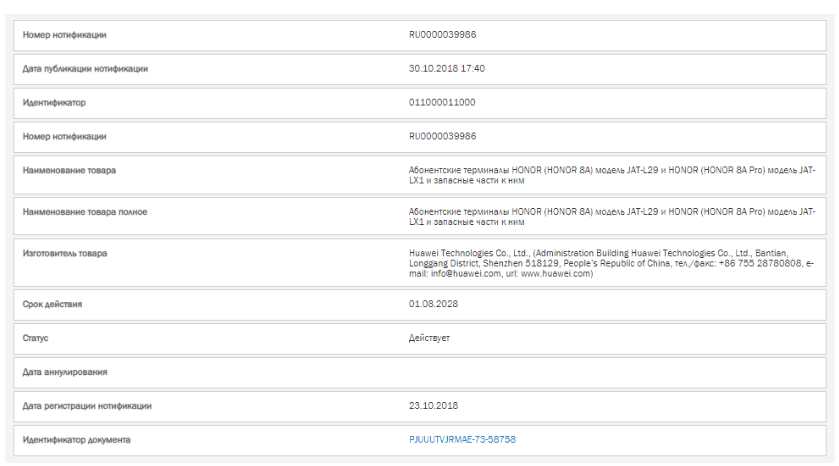 If everything turns out to be true, Honor 8A specifications will be a whopping and impressive 6.08-inches LCD screen with a maximum resolution of 720 x 1560 pixels and an Octa-core 2.2GHz Chipset which is partnered with 3GB of RAM.

The handset is running on Android 9.0 Pie onboard and outback, there is a single and solid 13MP main sensor and an 8MP selfie one, out front.

Unfortunately, Honor 8A is lacking a fingerprint scanner but it’s most likely that it will rely on some form of Face scanning.

As far as onboard memory is concerned, it’s either 32GB or 64GB of onboard memory which will be expandable with a help of micro SD card. The handset measures 156.28 x 73.5 x 8 mm dimensions, weighs 150 grams and comprises a 2920mAh non-removable battery. The Honor 8A Price is yet to be announced but one will be able to pick it up in a choice of Black, Blue, Gold and Red.