The search engine giant “Google” is said to be working with watered down specifications on its upcoming Google Pixel 3 Lite. It is expected to arrive at a mid-range price in the next few months. However, the next-generation flagship dubbed Google Pixel 4 in Australia is a bit exciting. Although Google Pixel 4 is a few months away – but early leaks and rumors have started to appear online. Let’s have a look at rumoured characteristics, specifications, prices, and the Google Pixel 4 release date.

Though smartphone design isn’t the greatest strength of Google – but with all previous generation Pixel phones, the search engine giant has done a decent job. Like its predecessors, a two-tone rear panel is anticipated – according to Google Pixel 4 Leaks. Google submitted a patent last month for a smartphone that is notch-less. The two-tone design is maintained. A single camera lens and LED flash are included in the top half of the back panel. The bottom three quarters has a fingerprint sensor in a circular position. 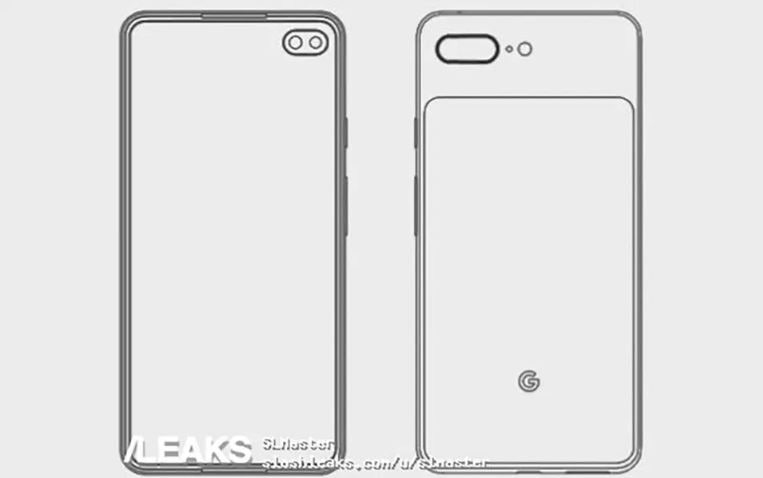 The same patent suggests that Google Pixel 3 would see important frontal changes. At the top and bottom, the existing Pixel 3 has quite thick bezels. The bigger pixel 3 XL is shown at the top but maintains a small chin at the bottom. The patent suggests that Pixel 4 has a completely bezel-less design and notch-less display. A USB Type C port is included in the patent as well.

If Google actually opts for a complete, innovative design, then it’s interesting to see where cameras are located on the front. A circular punch-hole display which looks similar to Samsung Galaxy S10 Plus could be added to the search engine giant. Or a camera sliding system could be used to slide your cameras up when the camera app is launched. In a flagship smartphone named Oppo Find X, Oppo has already deployed similar technology. Google would be able to add a larger display without increasing the form factor of its coming phones in a bezel-less design. Google Pixel 4 Rumours have claimed that it’ll range up to 6″ from 5.5″ in Pixel 3. Compared to 6.3-inch pixel 3 XL, a Pixel 4 XL could be a 6.5-inch display smartphone.

The Pixel 3 and Pixel 3 XL of last year had only a RAM of 4GB with internal storage options of 64GB and 128 GB. But most Android phones flagships have moved up to 8GB of RAM. Google Pixel 4 is expected to provide a minimum of 6GB RAM. The storage options may remain the same since Google provides Pixel users with free Google drive storage. The system would run the latest processor of Qualcomm’s Snapdragon 855.

A couple of days back, a device named “Google Coral” with 6GB of RAM, and Android Q and Snapdragon 855 appeared on Geekbench. Industry experts think that it’s a Google Pixel 4 in the near future. In single-core and 9235-point multi-core testing, that beast scored 3,296 points, which is aligned with other Snapdragon 855 processor devices. Due to software optimization, the overall performance of the final version could be even better.

It’s too prompt to say if Pixel 4 would support 5G, but it’s not out of the realm. The Snapdragon X50 modem of Qualcomm would power a large number of 5G smartphones from Samsung, OnePlus and other suppliers this year. If Google chooses to offer 5G compatibility, it could use the same modem in Pixel 4.

Almost a month back, people at XDA Developers had their hands on Android’s early 10Q leaked build. The Pixel 4 will be the first Android Q software smartphone to run on. XDA Developers have found that the software is bringing Dark Mode across the system. It allows users to enable Display settings in order to enable the Dark Mode. One can either keep it activated all the time or configure it to automatically turn on according to the time of the day. The Layer, Settings, Files, Apps and all of the other interface aspects will become a dark theme once it is enabled. Most important of all, Dark Mode saves batteries also from OLED screens on smartphones.

More privacy controls are also provided by Android Q software. For example, only when applications are in use can access your location. XDA Developer pointed out that Android Q would offer an external display mode similar to the DeX functionality of Samsung. It indicates that Google can launch its own pixel 4 dock hardware.

Traditionally, the search engine giant Google launched its pixel devices in October every year. On 4 October 2016, the original Pixel came and, on 4 October 2017, the Pixel 2 and Pixel 2 XL landed. The announcement on 9 October last year was made on Pixel 3 and Pixel 3 XL. If Google follows the same release cycle, we can make an educated guess that Google Pixel 4 Release Date in Australia will be somewhere in October 2019.

As for Google Pixel 4 Price in Australia, the initial price of the Pixel and Pixel XL was AU$899 and AU$1099 respectively. However, with every new model, Google increased the prices of its flagship smartphone. The Google Pixel 2 arrived at AU$899 like its predecessor and Pixel 2 XL set users back AU$1199. The pixel 3 at AU$1149 was even more expensive and its elder brother Google Pixel 3 XL was priced AU$1270. We’re expecting Google Pixel 4 to start at least at AU$1130 whereas Pixel 4 XL might start at around 1399 Australian dollars.