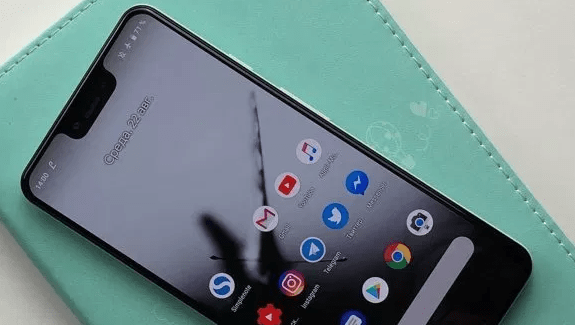 Today, Google announced its most gorgeous and eye-catching smartphone named Google Pixel 3 XL in Australia as well as the United States and other regions. It’s a new biggest monster of Google and also a bigger brother of regular Pixel 3. The smartphone comes with a Stock Version of Android 9.0 Pie with no adjustments – exactly as Google planned.

The Google Pixel 3 XL is also backed by super-smooth hardware, biggest and bright screen and quality-oriented cameras. The handset also has a decent foundation to build upon – but it’ll have to hone its all-around offering if it’s going to beat other monsters such as Samsung Galaxy Note 9, Apple iPhone XS and Huawei’s excellent smartphone “P20 Pro”.

In our Google Pixel 3 XL review in Australia below, you’ll find what we’ve gathered and what it dishes out for its audience. Let’s get it on.

The official Google Pixel 3 XL release date in Australia and other countries is October 9 – it’s a date Google itself revealed in a teaser a couple of months back.

Google has also revealed that users worldwide will also be able to pre-order Google Pixel 3 XL immediately after a launch event on October 9.

Moving on to the United Kingdom, in 2016 and 2017, Google Pixel series has initially released as a carrier-exclusive and there’s no word yet on whether Google will pursue the same tactic in 2018.

Price-wise, Google Pixel 3 XL Price in Australia will start from AU$1400 which would be a touch higher as compared to Huawei P20 Pro but less as compared to Oppo Find X.

The smartphone will indeed be priced 15% higher over smaller version and it’s most likely that a new and higher maximum storage option of 256GB will be launched which will go for a whopping AU$1600 or more.

The most important change Google has done with Pixel 3 XL is its design. The handset houses a larger screen with a maximum size of 6.3-inches P-OLED-based Technology alongside resolution of 1080 x 2280 pixels with thinner screen edges. The screen offers users an unparalleled visual experience as it’s crisp and bright even under bright sunlight. The Notch of Pixel 3 XL is strikingly large and wide as well. The Notch houses stereo speakers but there is also a double FaceTime sensor (8MP + 8MP). There is also a visible bezel and Chin under the screen. It’s available in 2 different colors – Just Black and Black & White.

The Google Pixel 3 XL is actually an elder brother of Pixel 3 but it’s more power-packed – housing an Aluminum and Glass Body and it’s a flagship smartphone which comes with a rear-mounted fingerprint scanner. It’s IP67 certified device, making it water-resistant and dust proof.

All other brands are nowadays launching smartphones with dual rear cameras such as Nokia 7.1 and even now triple camera configuration. But Google Pixel 3 XL is an exception. The handset comes loaded with a single but solid 12.2MP rear camera whereas dual 8MP + 8MP FaceTime sensors are holding their position on the front.

The FaceTime sensor, on the other hand, has an aperture of f/2.2 which promises better selfies and video calling with your nearest and dearest.

Moving on a battery section, it’s equipped with a non-removable Li-Po 3430mAh battery – offering an excellent back-up. A moderate user with light use and mixed activities such as watching videos, surfing the Internet or playing games with easily go through a whole day.

The brain behind Google Pixel 3 XL is an Octa-core Snapdragon 845 Processor and a whopping 6GB of RAM which is coupled with Adreno 630 GPU for immersive graphics. The device is extraordinarily smooth and you won’t notice even a single and small hiccup while working on several apps at once or playing graphics-intensive games.

Storage-wise, Google Pixel 3 XL comes in 2 different storage tiers – 64GB and 128GB to accommodate your files and data with less hassle. Be noted, one wouldn’t be allowed to expand it’s onboard any further as it lacks microSD slot. However, a higher version with 128GB can be considered enough for storing loads and loads of data.

As far as Google Pixel 3 XL’s software factor is concerned, it runs on latest Android Pie 9.0 operating system. Hence you’ll get a new interface and a lot latest features.

7.7The Google Pixel 3 XL is backed by everything in order to be a flagship smartphone and being from one of the highly rated brands worldwide – reliability in a performance is guaranteed. The monster has a jaw-dropping design which can easily satisfy any user in almost all aspects. The overall performance is up to snuff, the display is bright, crisp and flawless and onboard memory is quite decent. The presence of other plentiful features such as Fast Charging and Wireless Charging is actually making it stand out from a crowd. There is only a bad thing about Google Pixel 3 XL that is users won’t be able to expand its onboard memory any further.