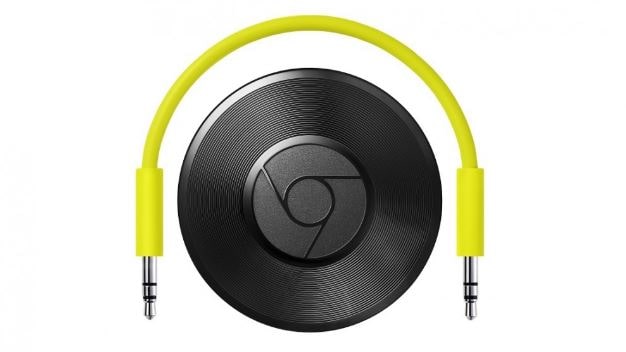 The Google Chromecast Audio in Australia and other countries introduced by Google a couple of years back as simple device for sending audio and video to your TV. It can be defined as a small HDMI Dongle which is connected to your wireless network and delivers an output straight into your TV. Though it’s not compatible with DLNA nor with iOS devices, yet it appears to have found a gorgeous and solid market placement.

We have enlisted Chromecast Audio specifications for your convenience to go through before getting your hands on one. So, let’s have a look below!

As the name suggests, it’s all about sound instead of video. Rather than having an HDMI output, it comes loaded with a single 3.5mm socket for analog audio output. According to the specifications, it supports around 24-bit 96 kHz audio.

In terms of dimensions, it’s a small puck just 52 mm in diameter and 13.5mm deep and weighs 31 grams only. Backed by a micro-B USB socket for the needed power – a small plug approx. provides 5V to a USB-style socket.

Rarely will you see a reset button – a sole physical control on a unit. Every control over the unit is exercised by different apps – either a Chromecast-supporting app or a Chromecast app itself. The Chromecast app is available no matter if you are an iOS or Android user.

Perhaps, it looks quite difficult but it’s much easier and no expertise is required. Just download an app to your device (iOS or Android), plug the audio output of the Chromecast audio into an audio system and at last, plug in its power.

Now, run the app and tap on Devices. Then, touch on “Setup” button and connect your tablet or smartphone to Chromecast Audio through Wi-Fi. You will be asked to enter the Wi-Fi password for the network to which your device is already connected. Wait a couple of minutes, and when a new firmware is downloaded and installed, you are good to go.

Most of the interaction with Chromecast Audio will be done through apps on your devices. Now, here things are quite different in between Android and iOS. As you now Chromecast Audio and Android both are Google’s own properties – therefore, it’s not really surprising that Android is a little more capable as compared to iOS. Interestingly, you can set Chromecast Audio app to send all audio played on your device to a Chromecast audio or to a group. Hence, you will get the freedom to use any app you love.

The apps which are being supported by Chromecast Audio include Pandora, Spotify, YouTube, Stan, Netflix, Deezer as well as Google’s own Play Movie, Plex, Play Music, BubbleUPnP and a lot more.

The Chromecast Audio really shines whenever it comes to serving up brilliantly stable streaming. There is an extensive amount of wireless streamers with home ground apps from cobblestone to giants such as Samsung and Denon – struggle with stuttering on occasion. Well, streaming on Spotify or tracks from Plex library is rock solid.

As promised, overall performance, without a doubt, is better as compared to Bluetooth devices with more detail and better dynamic range which fosters a more intimate listening experience when connected with quality-oriented speaker set. Making a comparison with cymbals and other percussive instruments, the sound is a bit smooth over with a Chromecast Audio – through every device did their job for their price points.

The standard Chromecast Audio Price in Australia is $58 which after conversion comes to around $35 in the United States and £30 in the United Kingdom. You won’t pay more than that (never, ever) as you can always find one for that price.

The Chromecast Audio indeed produces crystal-clear sound – should work with high-resolution audio and is amazingly affordable. Be noted that you have a good Wi-Fi signal wherever you put it. Though it’s less crucial as compared to the video Chromecast and it’s not really recommended for high-res – given odd results. But at this price tag, one can try it in your own system without getting worried about any kind of penalty.

Vivo is All Set to Launch a Waterdrop Phone on January 24th, 2019