Oppo has also joined the likes of Apple, Sony, Samsung, Huawei and ZTE to work collectively on and develop Qi charging. 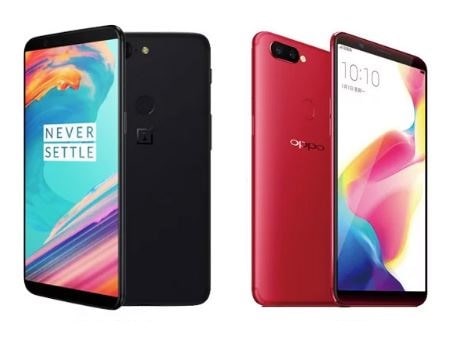 As we know Oppo and OnePlus both companies share key technologies with each other – so, Oppo’s presence in Consortium also shows that future OnePlus flagship is likely to come with that technology.

Based on a report from a ChargerLab, things are pretty blurred when Oppo and OnePlus decided to join the group. But this smart move by Oppo is most likely to share so many things up in the Asian market as Oppo currently holds the 4rth spot in the market with around 8.4% market share. This likely to push Xiaomi other brands to take wireless charging seriously and bring it to their upcoming flagship smartphones.

Without a doubt, the wireless charging technology has gradually gained traction in the world of technology while inching towards a future with no wires.

Similar to Oppo’s VOOC and Super VOOC Charging technology in wired charging, it’s possible that Oppo will have something up their sleeve which it may introduce to the group. Although it’s unlikely considering Oppo would want to keep such technology exclusive to its OnePlus and Oppo handsets.

The wireless company “Consortium” was founded back in 2018 with a goal to create a universal charging standard. Based on a report, Oppo has to be a part of WPC (Wireless Power Consortium) to that it can manufacture Qi-certified flagships and charging accessories.

0 0 votes
Article Rating
Source:wireless power consortium
Share on FacebookShare on Twitter
the authorStaphanie Kyle
Staphanie Kyle is one of the youngest members managing gadget reviews and other high priority news and stories for TechenGuru. When she isn’t working, you can find her listening songs and watching documentaries and sports.
All posts byStaphanie Kyle
Subscribe
0 Comments
Inline Feedbacks
View all comments