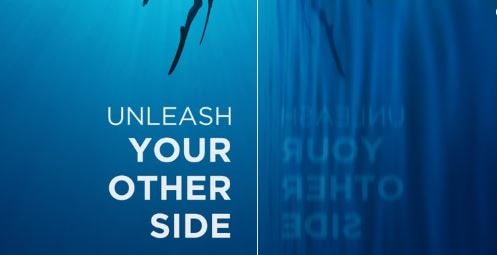 DJI to Launch an Action Camera in Five Days

We have just got our hands on a new teaser – popped up on DJI’s official website a couple of days back – indicating that DJI has all set to launch an action camera in five days with the slogan “Unleash Your Other Side”.

Supposing it’s not just descriptive and allegorical, the image on the teaser page suggests that it’s something that someone can use under the water. If DJI has set to release an action camera just to beat GoPro, then it should be usable underwater.

If this teaser becomes real then it’s the biggest threat to the GoPro as a company who is working hard for the past couple of years and there is no secret. The DJI, on the other hand, doesn’t like making its entrance in the market where they don’t feel comfortable.

And, if the DJI releases were to be controlled by a minimum of 4K at 60fps, 1080p at 120fps, they would offer complete manual controls, a touchscreen LCD (which works underwater), stable images (most likely electronics), stellar high rates, facial recognition, live streaming, and many others that are already offered by GoPro.

Maybe, even more, features, better quality images or affordable price? DJI’s price history against competing products is doubtful. In comparison with the competition from Zhiyun, Feiyu, and other gimbal manufacturers, the original DJI Osmo mobile was not exactly affordable. But, if it’s quite expensive, we will have no doubts that they will announce something which is worth it.

If DJI’s action camera rumours turn out to be true, it’ll be based off the internals in DJI Osmo Pocket in a new action camera form factor shell.

Well, some sources have claimed that it’ll not be entirely a camera as DJI might be releasing something like remote control submarines. Frankly speaking, nobody knows what DJI will release and what DJI is planning to do on Wednesday, 15th of May.

0 0 votes
Article Rating
Via:dronebelow
Share on FacebookShare on Twitter
the authorStaphanie Kyle
Staphanie Kyle is one of the youngest members managing gadget reviews and other high priority news and stories for TechenGuru. When she isn’t working, you can find her listening songs and watching documentaries and sports.
All posts byStaphanie Kyle
Subscribe
0 Comments
Inline Feedbacks
View all comments