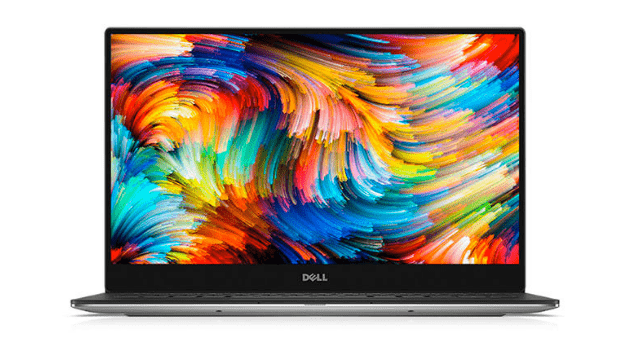 The redesigned Dell XPS 13 (2018) in Australia was revealed back in January 2018 and started landing on stores that same month. The XPS 13 is touted as the world’s smallest 13-inches machine which is most of the people’s top-most choice for a premium Windows ultraportable laptop at its size.

The Dell’s XPS 13 is a flagship 13-inches machine in Dell’s Ultrabook lineup – comprising improved onboard specifications as well as a number of subtle but important design tweaks. In short, it’s the best smaller 13-inches laptop around you can get your hands on. Let’s find out more in our Dell XPS 13 review below.

As mentioned above, January 2018 is an official Dell XPS 13 release date in Australia and the rest of the world and arrived on shores in the same month. That obviously means audience from all major cities of Australia such as Canberra, Brisbane, Melbourne, and Sydney can buy one for their selves.

Be mindful, if you are living in the United States, Rose Gold on Alpine White version of Dell XPS 13 is quite pricier as compared to 4GB version. Silver-on-back model by adding an extra USD 50 regardless of hardware inside. Well, if you are running out of a budget and wants something like XPS 13, you can go through our Best Budget Laptops of 2018.

13.3-inches InfinityEdge screen is 23% thinner over XPS 7360 as there is no frame around the sides and top of the screen. Offering an impressive brightness, color quality and sharpness – though, the 4K display screen is noticeably better. The 1080p screen achieves around the mark of 372 nits whereas the 4K model with 415 nits. However, both numbers are indeed higher over ultraportable laptop category average (275-290 nits).

The overall performance of Core i5 and Core i7 is up to snuff and manages everything you throw at them without a hiccup. We should be thankful for Dell’s latest cooling system as it’s helping XPS 13 to deliver better-sustained performance while working on multitasking such as a 4K video or working on other programs.

Sources told TechenGuru, Dell XPS 13 Core i7 takes only 1 minute and 6 seconds in order to match around 50000 names with their address in Microsoft Excel whereas Core i5 takes 9 seconds more for performing the same thing.

Whether you go for Core i3, i5 or i7, you are going to get above-average battery life but the non-touch screen will last a few hours longer – most probably 12 hours and 37 minutes which involves surfing over Wi-Fi continuously.

The other versions with 4K display endure for 8 hours and 53 minutes. All these numbers are quite impressive as compared to HP Spectre 13 which offers only 6 hours and 16 minutes of battery life.

The left side of XPS 13 is covered by 3 Thunder 3 Ports which help you charge or connect to high-speed peripherals. On the same side, there is a Noble Lock slot and battery gauge – indicates the charge level on a series of 5 white lights.

The right side, on the other hand, is equipped with a 3.5mm audio jack, a USB Type-C Port and a micro SD slot. It’s also having standard USB ports in addition to Thunderbolt 3 whereas HP Spectre 13 also lacks a USB Type-A Connector.

Based on several reports numerous sources, XPS 13 after streaming a video for 15 minutes, keyboard and touchpad of Core i7 hit 82, 86.5 and 88 degrees Fahrenheit and all well below their 95-degree comfort threshold. The other version with Coe i5 has got almost the same temperature – 80, 85.5 and 88 degrees.

Dell has decided to move a webcam from the lower left corner to the center bottom with XPS 13. Though it gets much better angles, there still a nose cam that looks up at you. The image quality of a webcam is fine with other expensive laptops – colors like gray and blue and there is only a small amount of visual noise in the background.

7.9From its attractive design to its smooth and silky performance and beautiful and vivid screen, there is a lot to love. However, it’s not really ideal but centered IR webcam is the biggest improvement over the left-aligned one on prior models. The XPS 13 has the ability to work with GPUs. And also, makes it a perfect choice for those who want to play heavy graphics games. If you are one of those looking for USB Type-A, it’s not a right choice but if looking for the best mixer of performance and aesthetics, buy one without any further ado.