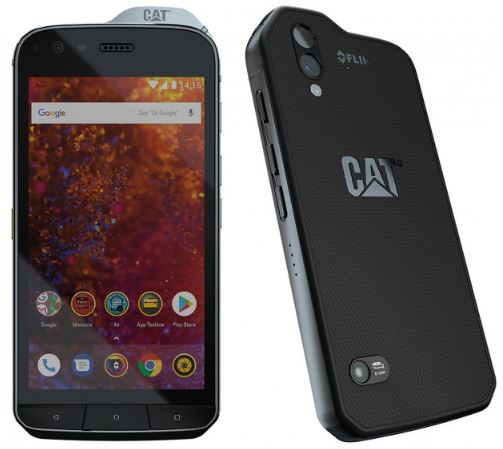 Durable and Different Smartphone with Lots of New Features

A successor of Cat S60 named Cat S61 in Australia is an excellent answer to those who say there is no modernization the world of smartphones. This amazingly designed rugged smartphone is winning so many hearts day by day thanks to its built-in thermal-imaging camera, an automatic measure of the indoor air quality, a laser distance measure and a plethora of other important features that are useful for professional users.

Though it’s a little bit expensive and a budget-friendly user cannot afford it but it’s true that you won’t find all its features on any other smartphone. In our Cat S61 Review below, we have done our best and gathered all the features of this phone including its official release date and price, pros and cons. So, let’s keep going! 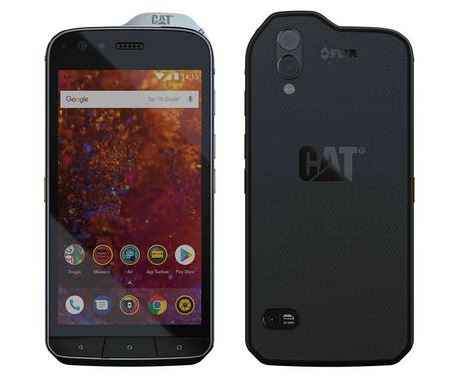 The official Cat S61 release date in Australia is somewhere in previous months (an exact month isn’t confirmed) that obviously means it’s available on all major stores across Australia or one can buy it directly from Cat’s official website. The major stores you can buy S61 from include Harvey Norman, Amazon, eBay, Mobile Citi, JB Hi-Fi and a plethora of others.

When it comes to its design, you wouldn’t find any other smartphone-like it – thanks to its unique rugged design. It has a prominent bulge which actually makes it distinctive from the rest of the competition. It comes with a specific audience in mind as if you (like me) look for a phone with a notch like iPhone X or Honor Magic 2, this is not the phone for you then. It has 162 x 77 x 13 mm dimensions with a weight of 259 grams. There are three physical navigation keys that are ideal for those who wear gloves most of the time. Flip it on its back and you will see FLIR camera, an image sensor along with an LED Flash, a Class 2 laser and a big Cat logo, of course. 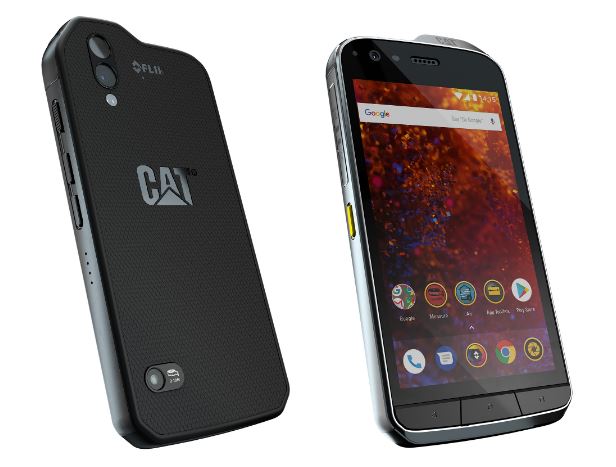 Honestly speaking, Caterpillar didn’t manufacture this phone to compete like Samsung Galaxy S9 that is why it makes sense that it doesn’t come with the latest hardware combination. It doesn’t come with Qualcomm Snapdragon 845 Chipset – but with Snapdragon 660 instead. The Chipset is further partnered with only 4GB of RAM for smooth performance all day long and 64GB of onboard memory to store loads and loads of files with ease.

The total size of the screen is 5.2-inches Full HD which is being protected by a Corning Gorilla Glass 5 Technology. The display has a maximum resolution of 1080 x 1920 pixels with an aspect ratio of 16:9. According to some sources, the display is vivid, sharp and reproduces exquisite colours to take your enjoyment to the next level.

Why It’s a Great Smartphone?

Why this phone is being sold like a hot cake? The main selling point comes with the features that no other smartphone is offering. It is loaded with an improved integrated thermal camera from FLIR that can now easily locate heat sources up to 400 degrees Celsius. As compared to its predecessor, it has higher resolution and maybe most dazzling capability is the power to live stream content.

Another useful feature of this phone is an indoor air quality monitor. This feature measures ambient temperature and humidity as well as the air quality. The final results appear in an easily digestible traffic light format along with red indicating a hazardous level of Volatile Organic Compounds.

A hefty 4500mAh battery is the biggest amount of battery that we have ever seen in a rugged phone. It restores the juice rapidly thanks to the Quick Charge Technology – but a wireless charging feature could have been better. What do you say? Well, expecting that feature in Cat S62 wouldn’t be wrong.

7.9Finishing this story off by saying that, Cat S61 is the best-rugged smartphone that is loaded with a plethora of power packed features. The handset’s display is being protected by a Corning Gorilla Glass and is also backed by massive onboard storage to store loads and loads of files. The battery backup, on the other hand, is also excellent for daily use and it delivers a super-powerful performance. All in all, if you don’t mind spending some extra bucks, it’s the right phone to buy with immediate effects.

Huawei Announces the List of Smartphones Getting Android Q Update