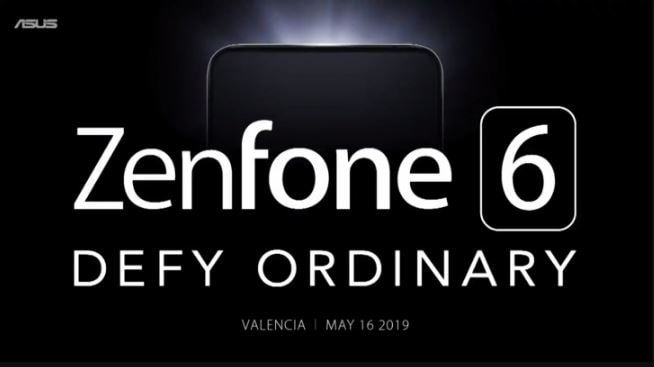 Asus Zenfone 6 Will Officially Arrive on Stores on May 16

The most-anticipated and almost bezel-free smartphone named Asus Zenfone 6 now has an official release date which is not really far away from now. The smartphone is going to be landed on stores on May 16 in an event in Valencia, Spain.

This information is confirmed through Twitter where Asus has stated that loyalists could expect to defy an ordinary with Zenfone 6 after it’s launched. It’s succeeding Asus Zenfone Z5 which as a near RS 22000 price tag in India.

The Zenfone 6 is expected to be a bezel-less display and a form factor of a complete smartphone could be a tag alternative if the “defy the ordinary” tagline teased by the company is anything to go by.

Also, it’s an affordable smartphone and not essentially a premium-priced smartphone – very much like its predecessor.

The key highlights of that beast are yet to be surfaced online but since it’s expected to succeed Z5, it wouldn’t harm to explore again key specifications. Have a look below!

In related news, Asus Zenfone Max Pro M2 has started getting Android Pie 9.0 beta updates which means the newer aspects such as Digital Wellbeing, Navigation Gesture Support and much more.