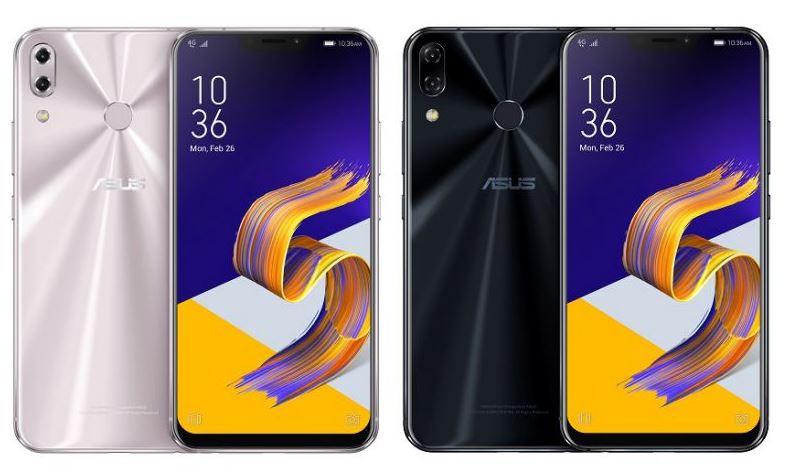 Are you one of those who’d love to buy Apple iPhone but running out of budget? No worries as we have come up with something that might just cheer you up. Yes! Asus (Taiwan-based) has taken the stage at MWC (Mobile World Congress) 2018 in Barcelona and revealed 3 new flagship devices named as Asus ZenFone 5, Asus ZenFone 5 Lite and Asus ZenFone 5Z. But what’s ZenFone 5Z got to do with an iPhone X? Well, it looks a lot like clones of Apple’s high-end smartphone and even brings back the notorious notch.

The availability of Asus ZenFone 5Z in Australia is unknown for now, but a bunch of specifications has already been unveiled. Expected to feature 6.2-inches display, 8GB of RAM, 256GB of ROM, dual rear camera setup and massive 3300mAh built-in battery.

In our Asus ZenFone 5Z review, we have assembled each everything such as its release date, price, specifications and much more. So, let’s get in on. 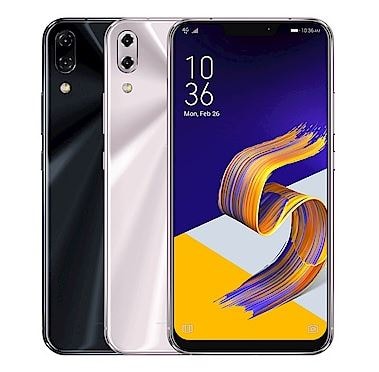 We are running short on words in terms of Asus ZenFone 5Z release date, but Asus ZenFone 5 was released in April and ZenFone 5 Lite was slate to hit shelves in March.

It’s most likely that Asus ZenFone 5Z will start landing in June in China, US, UK and other major parts of the world, but it’s just our guess. As far as Asus ZenFone 5Z release date in Australia is concerned, it’s expected in somewhere in July 2018.

Now, let’s turn heads to the most important factor which is obviously the price. Asus has handled to offer Asus ZenFone 5Z at less than half the price of Apple iPhone X. Although Asus didn’t reveal a price tag, it’s expected that it will cost around $499.

The Asus ZenFone 5Z Price in Australia is also unknown, but $499 after conversion comes to around AU$675. We will update this page, we soon as we hear more. So, check back soon.

Asus ZenFone 5Z specifications and features are as under.

The Asus ZenFone 5Z is a bigger brother of ZenFone 5 with similar hardware but loaded with Qualcomm’s Snapdragon 845 – packs a lot more RAM and built-in memory. It looks a lot like an iPhone X and can be safely determined as an affordable version of Apple’s high-end devices. The front side of 5Z is covered by iPhone X-like Notch along with front imaging sensor and a microphone. The back side is covered by a dual vertically positioned camera with a fingerprint scanner which is responsive and fast.

The brain behind Asus ZenFone 5Z is Qualcomm’s Snapdragon 845 with a whopping 8GB of RAM ensures flawless and seamless performance even under the most demanding conditions. Multitasking, playing heavy games and switching between apps are all incredibly smooth without any lag.

The ZenFone 5Z sports a biggest 6.2-inches IPS LCD display with 1080 x 2246 pixels resolution at 402 PPI. The screen is paired with great viewing angles which ensures users of a unique visual experience while playing games or watching HD videos.

How much storage will be offered in Asus ZenFone 5Z? This is something we really don’t know about. But several rumours have suggested that ZenFone 5Z will be backed by a massive 256GB of onboard memory to accommodate your data and files. Is it expandable? Perhaps yes!

As far as its battery goes, Asus ZenFone 5Z comes with a massive 3300mAh battery – similar to Samsung Galaxy Wide 3, but a way smaller as compared to Xiaomi Mi Max 3 (5500mAh) and slightly lower than Motorola One Power (3780). However, it promises to keep you up all day long under heavy usage and delivers a little bit more with a light use.

Without a doubt, Asus ZenFone 5Z is an excellent flagship device backed by lots of premium features. High-quality cameras are capable enough to capture images with a lot of details. The brain of ZenFone 5Z is dazzling and 8GB of RAM making it stand out from the crowd. Although 3300mAh battery is a way smaller as compared to other recently launched devices, quick charging makes it a good option for heavy usage. All in All, if your budget doesn’t allow you to buy an iPhone X, Asus ZenFone 5Z is an ultimate choice to get your hands on.

What do you think about Asus ZenFone 5Z? Is that great option over iPhone X? Share your thoughts with us down in the comments.