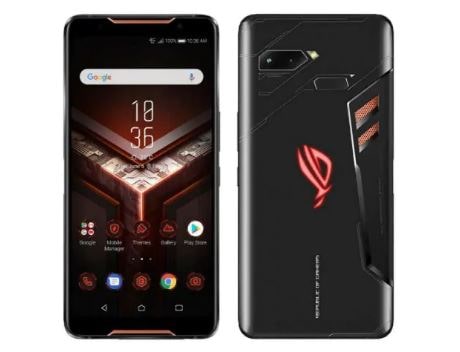 The most-appealing gaming smartphone ROG comes with Asus_Z01QD model number and on GeekBench, it managed well to score 2403 points in single core test and 8889 points in multi-core test.

That obviously means Asus has completed the development of Android 9.0 Pie updates.

Well, Asus didn’t announce any specific time – therefore, we can only hope that sooner instead of later the updates will hit the Asus ROG Phone. 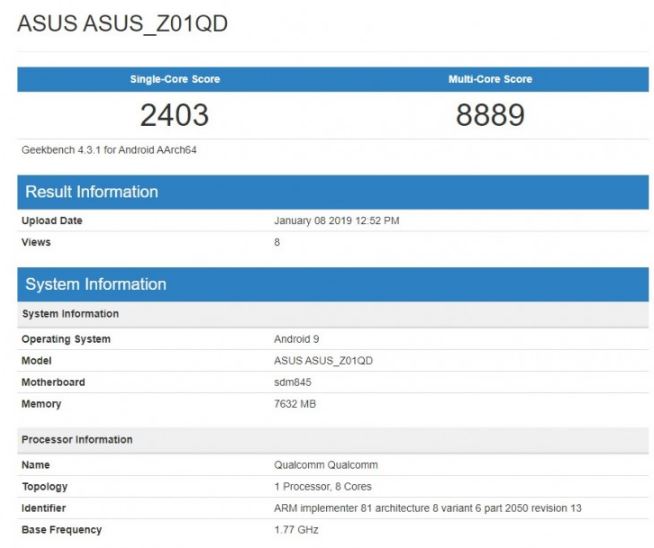 Back in 2018, Asus announced ROG Phone (in the middle of the year). Loaded with an impressive design and 3 Ultrasonic pressure sensitive zones and Water Resistant features.

The handset comprises a 6-inches AMOLED screen panel with a maximum resolution of 1080 x 2160 pixels and an aspect ratio of 18:9.

The screen panel of the handset is being covered by a Corning Gorilla Glass and it’s backed by a massive 4000mAh non-removable battery which also supports fast battery charging 10V/3A 30W (Quick Charge 4+) feature.

Other Asus ROG Phone specifications include Octa core Qualcomm Snapdragon 845 Chipset and a hefty 8GB of RAM and 128GB of onboard memory. The handset has Adreno 630 GPU for managing graphics processor and comes loaded with a dual camera sensors outback (12MP + 8MP). And out front, it has an 8MP camera for video calls and of course, selfies.

0 0 votes
Article Rating
Source:geekbench
Share on FacebookShare on Twitter
the authorStaphanie Kyle
Staphanie Kyle is one of the youngest members managing gadget reviews and other high priority news and stories for TechenGuru. When she isn’t working, you can find her listening songs and watching documentaries and sports.
All posts byStaphanie Kyle
Subscribe
0 Comments
Inline Feedbacks
View all comments