Finally, Asus announced a release date as well as pricing details for its dedicated and long-awaited smartphone named Asus ROG Phone in the United Kingdom.

The handset is available to pre-order all over the UK and will start landing on shores officially after 14 December 22018. However, if you pre-order right now from Asus’ official website, you’ll get £100 discount off the normal price of £799.99. That means people who pre-order it right now directly from Asus will get a new ROG Phone by spending only £699.99. So, what are you waiting for? 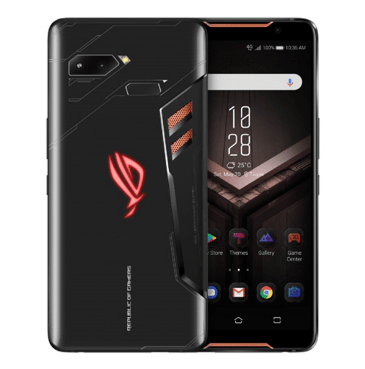 The super-perfect smartphone for gaming comes with a ROG GameCool 3D vapor-chamber cooling system which lets you play games for a long period of time without taking a break even for a second.

The handset runs on an Android operating system with Octa-core Qualcomm Snapdragon 845 Chipset – overclocked to 2.96GHz.

There is a hefty 8GB of RAM and a massive 128GB of ROM whereas 4000mAh non-removable battery gives you plenty of juice to play PUBG.

Other Asus ROG Phone specifications include a gorgeous 6-inches AMOLED screen with a maximum resolution of 2160 x 1080 Pixels which is indeed bright and colorful and takes your enjoyment to the next level while playing games.

And in terms of optics, you will see an 8MP FaceTime sensor, out front and a great combo of 12MP + 8MP sensors outback.