Ahead of CES 2019, Asus has announced Chromebook Flip C434 in Australia which is an update to Flip C302 (released back in 2017). This newly announced Flip C434 is comprising a 360-degree hinge which is making it a lot easy to use it as a tablet.

This beast also houses and Aluminum design which gives it an exquisite look. According to Asus, we have added Intel 8th generation CPUs apart from other latest and greatest features in Chromebook Flip C434.

It’s sporting a 14-inches screen (NanoEdge) running at Full HD+ resolution – sounds similar to the technology we have already seen on Asus’ ZenBook laptops. This technology helps Asus to manufacture much smaller bezels – less than 0.5-inches in that case. 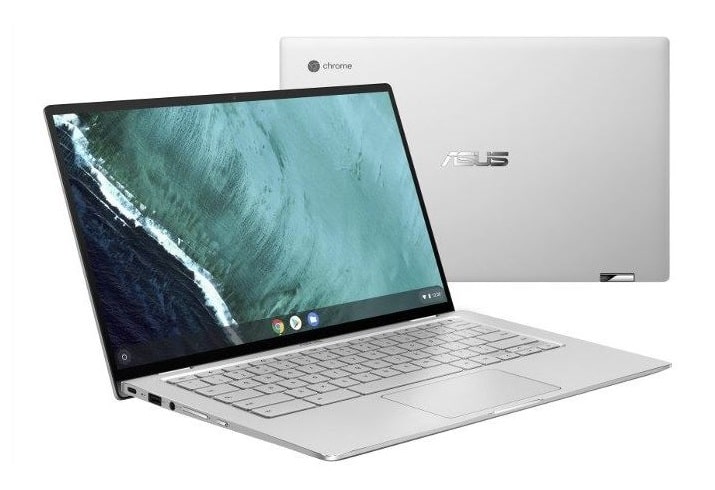 Asus has said that we will be offering 3 processor options with Chromebook Flip c434 – Intel Core m3-8100Y, Core i5-8200Y and a higher variant with Intel Core i7-8500Y. No matter which one you choose, all these variants are loaded with an 8GB of RAM and 128GB of onboard memory (eMMC).

Other Asus Chromebook Flip C434 specifications include Wi-Fi 802.11 ac, Bluetooth 4.0, 3 USB 3.1 Ports as well as 48Whr battery. It’s coming up with a microSD card reader and an audio combo jack as well.

If everything goes according to Asus’ plan, we will start getting our hands on Flip C434 after a few months. And as far as Chromebook Flip C434 Price is concerned, it’s most likely to start from $569.

0 0 votes
Article Rating
Source:Asus Edge Up
Share on FacebookShare on Twitter
the authorStaphanie Kyle
Staphanie Kyle is one of the youngest members managing gadget reviews and other high priority news and stories for TechenGuru. When she isn’t working, you can find her listening songs and watching documentaries and sports.
All posts byStaphanie Kyle
Subscribe
0 Comments
Inline Feedbacks
View all comments