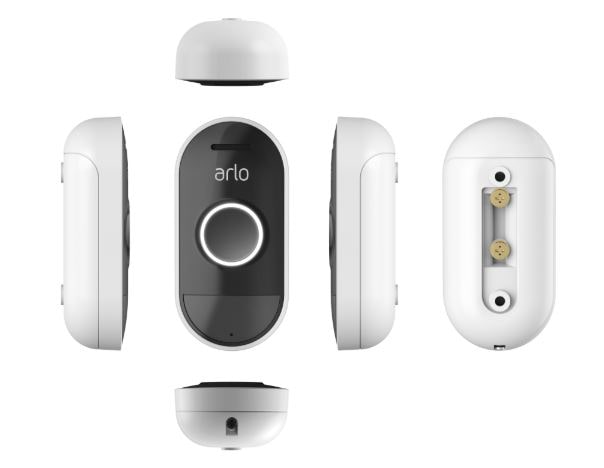 At CES 2019, Arlo announced a new doorbell named Smart Audio Doorbell in Australia which is available on shores all over the country with immediate effects.

The Arlo Audio Doorbell alongside Arlo Chime work flawlessly together and are specially designed with simplicity and DIY in mind. The newly announced Arlo smart doorbell is exactly what its name suggests. It’s offering only audio from the doorbell – but, will partner with Arlo cameras and smart lights for an entire view of your doorstep.

You can also see the person via the app who hits the doorbell (if you have an Arlo camera coupled and situated nearby). Interestingly, you can get an opportunity to reply with a pre-recorded message with the app.

Amazingly, Arlo Audio Doorbell has a weather-resistant exterior and is entirely wireless – running on two single AA batteries – designed to last more than a year.

Aside from Arlo Audio Doorbell, Arlo also announced Arlo Chime which as the name suggests, transmits alerts from the doorbell into your home.

The Arlo Chime simply plugs into any power outlet and provides an audio alert loud enough when partnered with Audio Doorbell.

There is a silent mode which can be activated from an app for times when you don’t want the doorbell to sound.

“Seamless remote, two-way communication via their smartphone ensures that whether a resident is traveling, at the office, or just in the backyard, they are able to easily communicate with guests. And because the Audio Doorbell integrates into an Arlo wire-free camera setup, users are able to truly round out their home security ecosystem for added peace of mind”.

The Audio Doorbell Price in Australia is $129 whereas Chime set users back approx. $99 if you get your hands from authorized retailers around Australia.