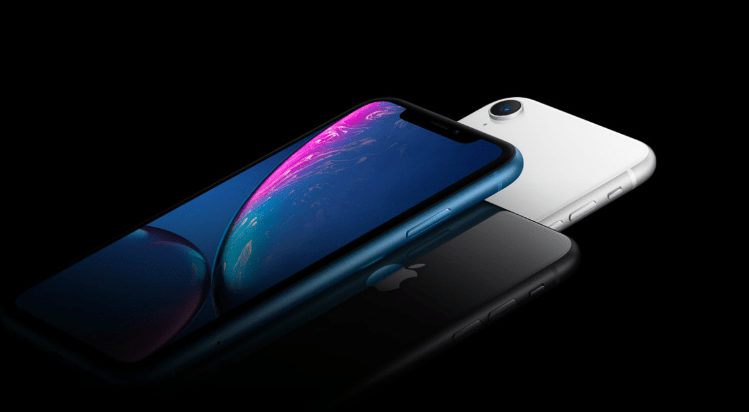 All three latest models are backed by Apple’s homegrown A12 Bionic CPU as well as the first commercially available 7nm processor and come decorated with a wide Notched display which was debuted on last year’s iPhone X. In our Apple iPhone XS, XS Max and XR Review below, we’ve rounded up everything we know so far. Let’s get going.

The Apple iPhone XS and XS Max release date in Australia are 21 September 2018 but both devices will be available for audience worldwide to pre-order from Friday 14 September.

There is a little bit delay in Apple iPhone XR release date in Australia and pre-orders will begin on 19 October before it starts shipping on 26 October 2018. Can you wait an entire month? That seems harsh but Apple can be a cruel mistress, isn’t it?

The iPhone XS and MX Max will be offered in 64GB/256GB/512GB configurations with no further expandable option. The Apple iPhone XS Price in Australia after conversion from USD comes to around AU$1813/2085/2448.

The iPhone XR Price in Australia is, however, will start from AU$1359 for its 64GB variant, whereas 128GB variant will set you back around AU$1450. The third variant with 256GB goes for a little whopping AU$1631

A wide Notch and modern design of iPhone XR seems to have lightly larger bezels as compared to iPhone XS and XS Max but you won’t really feel until you move it from an iPhone X to an iPhone XR. The gorgeous and crisp 6.1-inches display is right in between 5.8-inches XS and 6.5-inches XS Max. The LCD Display is being called by Apple as Liquid Display – having a resolution of 1792 x 828 True Tone support and more. All you have to note down is it doesn’t come with 3D Touch feature.

The handset is made of Aluminum – sounds support of wireless charging and has IP 67 Water-Resistance. Another big point of difference between iPhone XR and iPhone XS is coloured on offer. The XS Max and XS are available in six different and sensational colours – Yellow, Red, Coral, Blue, White, and Black.

The Apple iPhone XR specifications include Apple’s latest A12 processor (first 7nm processor) for an ultra-powerful experience. As compared to iPhone XS and XS Max, storage is a little different – starting from 64GB as well as 128GB and 256GB which are expandable no further, as usual. The XS and XS Max, on the other hand, house options for 64GB/256GB and 512GB.

According to a report from Apple, iPhone XR’s battery comes in at an hour and a half more compared to iPhone 8 Plus – a specific number of hours were didn’t give by Apple.

Here is where iPhone XR really differentiate from XS and XS Max. The smartphone comes with a single-sensor camera – meaning you won’t be able to use features such as Portrait mode. The camera is 12MP with an aperture of f/1.8 and has support for Portrait Mode via Machine learning rather than dual-sensor camera i.e. other iPhone devices. Moving on the front, iPhone XR comes with TrueDepth camera system similar to iPhone XS and iPhone XS Max. Means you do get Face ID features as other new iPhone devices.

The first and foremost launched iPhone is named iPhone XS which is actually a sequel to 2017’s iPhone X having an almost bezel-less design and bearing 5.8-inches screen alongside a wide Notch. The handset has OLED – Super Retina – 5.8-inches display with a maximum resolution of 2436 x 1125 pixels resolution for a 458 PPI (Pixel-Per-Inch) density.

The Apple iPhone XS Max Display is 6.5-inches Super Retina based on OLED Technology and a resolution is increased a little to 2688 x 1242 Pixels and when it comes to PPI Density, it matches iPhone XS’s 458 PPI. The device comes in 3 astonishing colours – Space Grey, Silver and Gold and has an IP68 Water-Resistance rating.

Both iPhone XS and XS Max are powered by Apple’s latest A12 Bionic Processor and Apple says, it’s the first Mobile Processor built using a 6mn Process which works as great as Huawei’s Kirin 980 Chipset (being used in most recently announced devices). Digging down into it deeply, it contains a dizzying 6.9 billion transistors which can process around 5 trillion operations every single second and 512GB of massive and whopping onboard memory helps you store loads and loads of data with ease.

The A12 Bionic Chipset is here for multitasking without hiccups and it’s 15% faster and consumes power 40% less as compared to Apple’s previous smartphones.

You can be pretty sure about camera performance especially when it comes to iPhones, right? The iPhone XS and XS Max are backed by new cameras – 12MP main wide-angle camera lens comes with a f/1.8 aperture, OIS (Optical Image Stabilization) and a 1.4nm Pixel Size. The secondary 12MP Telephoto lens is supported by OIS and 2x Optical Zoom.

The FaceTime sensor is 7MP RGB with an IR Camera and an organized light transmitter for animojis and of course Face ID. Users can record 1080p videos at 60fps with a front camera as well.

The Company has added 30 minutes more battery in iPhone XS as compared to iPhone X and 90 minutes more from iPhone XS Max. The actual amount of battery is still under wraps and will only be revealed when it lands on shelves. A wireless charging has also been improved but exact details are, for now, not confirmed.

Other features of newly announced iPhone devices are GB-Class LTE and Dual-SIM with Dual-Standby Technology. Just like an Apple Watch and iPad, iPhone XR, XS, and XS Max use eSIM, therefore, there is no need to put in an extra physical SIM. These three devices will have Bluetooth 5.0, Stereo recording for video and wider stereo sound from the speakers.

Note: Apple doesn’t allow the Chinese audience to use eSIM, instead a traditional dual-SIM iPhone will only be sold.