Apple iPad Pro 2018 – Rumours, Leaks and Everything We Know So Far

Without a doubt, tablets have become one of the greatest gadgets of the old generation. To be honest, these are not, but alas, considered so! It obviously explains as to why a bunch of new models was seen in 2017. And Tech Giant, Apple seems to follow such trend of no-smallest-tablets as we haven’t seen any new small/mini iPad from Apple in last 2 years.

Everything aside for a short while, iPad Pro range confidently isn’t ignored as we’ve seen 10.5-inch new models a year back in 2017. And as per the experts, new Apple iPad Pro in Australia is expected before the year is out. We think your question “will there be a new iPad Pro in 2018” has been answered. Let’s dig down deep in our Apple iPad Pro 2018 review and see what it dishes out for its audience. 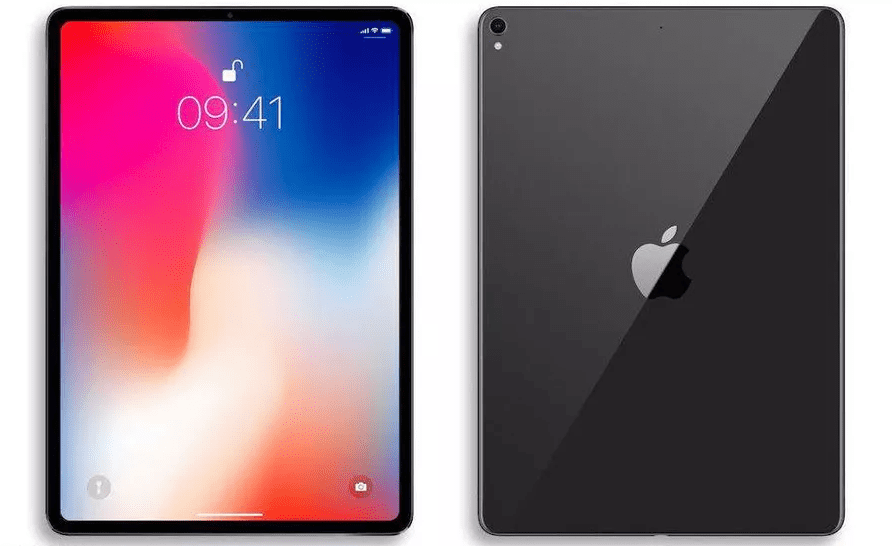 To be honest, Apple iPad Pro 2018 release date is undecided but we can point to certain times of a year when it Apple refreshes its gadgets. The Original iPad Pro was released November 2015 with 12.9-inches display and iPad Pro 9.7-inches were landed on shores on March 2016. The iPad Pro 12.9-inches and iPad Pro 10.5-inches were announced on June 2017.

As we know Apple has already released the latest version of its more basic 9.7-inches iPad earlier this year with no sign of a new iPad Pro. Apple successfully failed to release its new iPad Pro at WWDC keynote in June.

The iPad Pro 2018 will be way double in terms of the price of the regular edition iPad with 9.7-inches and that is before you fork out for an Apple Pencil accessory.

Rumours are circulating around and suggesting that Apple will maintain its iPad Pro 2018 Price in Australia but it could even raise in case a tablet gains an iPhone X style design with Face ID Tech.

Based on iPad Pro 2018 rumours, Apple is extensively expected to update a Pencil Stylus with its upcoming iPad Pro 2018 lineup. Bloomberg Citing Anonymous Sources have said that,

“Apple iPad Pro is expected to land with an entirely new package of software features and tools”.

According to a report from Macotakara (Japanese Supply Chain), Apple is most likely to renovate its upcoming iPad Pro lineup by minimizing its bezels and dumping a Home Button. The report further says, a new 10.5-inch iPad Pro will measure 178.7mm wide and 247.5mm tall and 6mm thick. The iPad Pro 12.9-inches, on the contrary, is said to be trimmed down to 215mm wide, 280mm tall and 6.4mm thick. Most important of all, iPad Pro 2018 is expected to house a similar design to Apple’s iPhone X.

The report also says Apple would replace the Smart Connector from its upcoming model to the lowest rear side close to a Lightning Connector.

A Tech Company named Cupertino is apparently working to trench a standard 3.5mm headphone jack much like happen with recent iPhones.

A leaked schematic posted by @OnLeaks has indicated that there would be a “Mysterious Connector” on the rear side which is seen placed right above Lightening port. It’s true or not, too prompt to discuss.

Ming-Chi Kuo (Apple expert) has stated that Apple’s upcoming iPad Pro 2018 will have a Face ID experience similar to Apple’s iPhone X. All hints of Apple supposedly working on Face ID which is positioned horizontally for an iPad Pro – were found in iOS 12.

Perhaps you already know that currently iPad Pro models running Apple’s A10X Fusion Chip and lands in 3 different storage tiers – 64GB, 256GB, and 512GB – ready to accommodate your files and other stuff with ease. The iPad Pro 2018 is highly expected to be powered by Octa-core A11X CPU and entrenched M11 coprocessor. The good news is, chances are iPad Pro 2018 will be backed by more storage as compared to previous release iPads. We’ve done a lot of research and founded that iPad Pro 2018 will be supported by Animoji – similar to what we’ve already seen in Apple iPhone X.

Above, we’ve discussed what Apple iPad Pro 2018 dishes out such as its specifications, features, release date and even expected price. We’re hopeful that discussed above rumours and leaks will definitely give you answers to your questions related to iPad Pro 2018. So, what do you think about iPad Pro 2018? Feel free to share your thoughts down in the comments and do share if you really liked.