Apple has now launched its new iPad Mini 2019 in Australia – almost 4 years after the iPad Mini was last updated, probably back in September 2015. This latest and coolest iPad Mini has a near-identical body to its predecessor with nearly the same bumpy edges around 7.9-inches screen. It even lacks Face ID and resurrects Touch ID which we thought no one will see again after its presence on 2018’s Apple iPad.

Well, that doesn’t really mean it’s a bad tablet. In reality, it’s the best ever Apple iPad Mini tablet in its size category. It offers super-fast performance and the True Tone display is outstanding. Here on this single page, we have rounded everything we have seen or heard so far including its official release date, pricing, features, and specifications. So, let’s keep going! 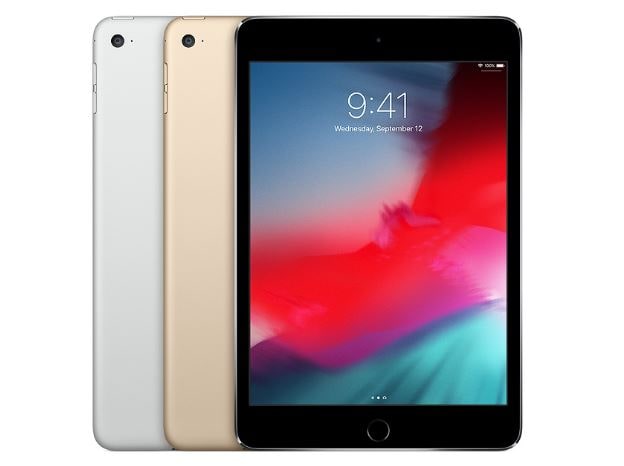 Apple announced its iPad Mini 2019 back on March 18th, 2019 and it’s available to pre-order with immediate effects all over the world including Australia. It’ll start landing on stores in between 27-29 March officially – considering Apple’s normal tendency to release its products on a Friday.

Price-wise, it’s quite smaller than a competition – but it’s not the cheapest iPad Mini you can purchase. A predecessor iPad 9.7 2018 set users back approx. AU$469 whereas iPad Mini 2019 starts at AU$599 for a 64GB Wi-Fi only version. A 256GB version with a cellular connection, however, goes for a whopping AU$1019.

The newly announced iPad Mini comes with a Nano-SIM, Electronic SIM card, 7.9-inches IPS LCD screen which is supported by a resolution of 1536 x 2048 pixels, active noise cancellation and Bluetooth 5.0. Other Apple iPad Mini 2019 specifications include:

Have you used an iPad Mini already? You will then know a lot about how design works here. It has an equivalent size to 203 x 135 x 6.1 mm of previous models. You can find that it weighs up to 300 g if you opt for the Wi-Fi-only version and it weighs up to 308 g. In contrast to the last iPad Pro range, the company has a relatively large lens on the outside of the display, so that a touch ID fingerprint scanner and a selfie camera have been included. 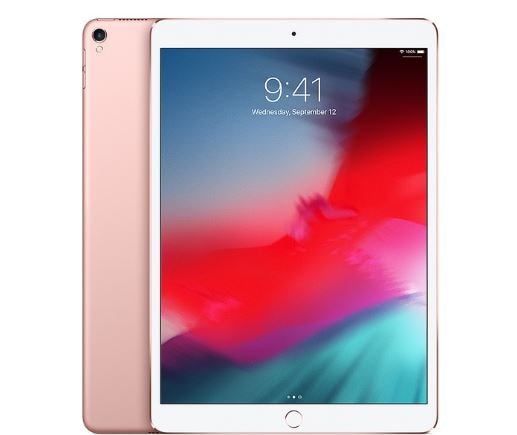 No Face ID is available here, so if you want biometric security, you will instead be using your finger or thumb to unlock it. Two speakers-stereos-can be found on the bottom of the tablet. There is a Lightning cable connector for data transfer and battery charging for your tablet. It is notable that for the latest iPad Pro model series the company used a USB-C connector. On the right-hand side, if you have used a cellular version of the tablet, you will find Volume buttons and a SIM tray.

The latest iPad Mini has a choice of three amazing colours – Silver, Space Gray, and Gold. In general, it’ll indeed be your choice if you are looking for a smaller tablet from Apple. The design is quite like the iPad Mini 4 but you will find a very different tablet when you dive into its features. 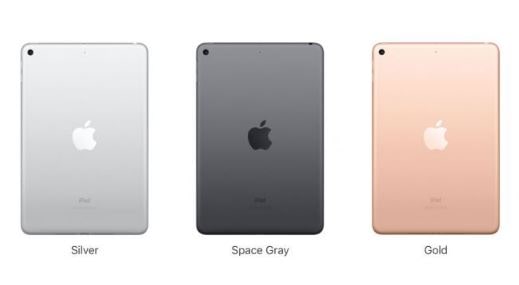 This Apple iPad is a miniature iPad, so you have a smaller screen in your Pro range of slabs than the company offers. The Retina display is a 7.9-inch display with a maximum resolution of 2048 x 1536 pixels. It’s a True Tone display with a luminosity of up to 500 nits. This should be a screen which competes with the other iPads within the range of Apple, particularly as it has 326 pixels per inch. The tablet also supports the style of Apple, and that is the company’s first small-screen tablet. However, it only supports the initial Apple Pencil, not the newest wireless style of the company.

The new iPad Mini features an 8MP F/2.4 rear camera and a slightly less high-speed front camera with a 7MP F/2.2 rating. The exact battery size is yet to be announced. Normally, Apple never discloses these specs, but it’s said that it will take 10 hours for the battery to “surf the web on Wi-Fi, view video or hear the music.” We are short on words on what size cell Apple has opted for its iPad Mini 2019 until unless someone handles to get a hold of one of these and breaks it open to see what Apple has added inside.

The iPad Mini 2019 is running on iOS 12 operating system out of the box and we can almost guarantee that when it starts up later in 2019 it will support iOS 13. If the company continues its normal release routine, you should receive ongoing support for Apple updates over the next few years. You can also use an app with the Apple Pencil, which is not available on previous iPad Mini models – directly downloaded from the App Store. 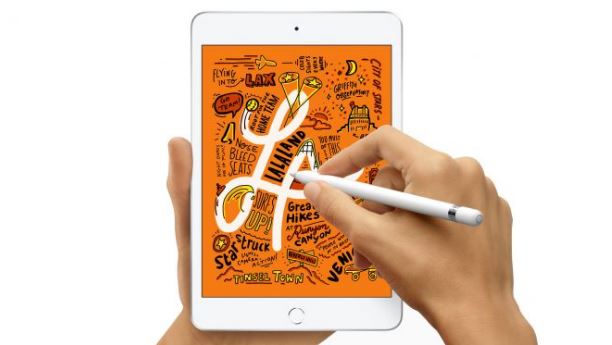 It’s backed by the same Chipset which is already on par with iPhone XS, XS Max, and iPhone XR. The Bionic A12 Chip, which will be far more impressive than last year’s iPad 9.7 is sure to offer high-end power. We don’t know how much RAM the new iPad Mini has, but it’s expected to be around 2GB. With regard to storage, either 64 GB or 256 GB will be available. No microSD support is given by Apple so you will be stuck with it whatever you select here. The iPad Mini can only choose from Wi-Fi models and mobile versions.

7.6Making a long story short, Apple iPad Mini 2019 isn’t a revolutionary new tablet from Apple – especially in terms of design. But indeed it's a very reliable tablet and for a certain kind of user, which is quite important as compared to a thinner profile and slimmer bezels.