Perhaps, there is no one who doesn’t love Apple’s iPad range and that’s the reason why everyone always excited about Apple’s new iPad launch. In March, however, Apple’s new iPad Air 2019 in Australia and the long-awaited update of the iPad Mini are both a double-stirring excitement. Although the iPad Mini is the top choice for portable tablets – but for another whole different reason, the iPad Air has caught everyone’s eyes. Once thought to have been dead, the “Air” brand has become relevant again and Apple promises powerful specifications for ordinary people. With the super-powerful onboard configuration and a large Retina screen, here is everything we know about Apple iPad Air 2019, so far. 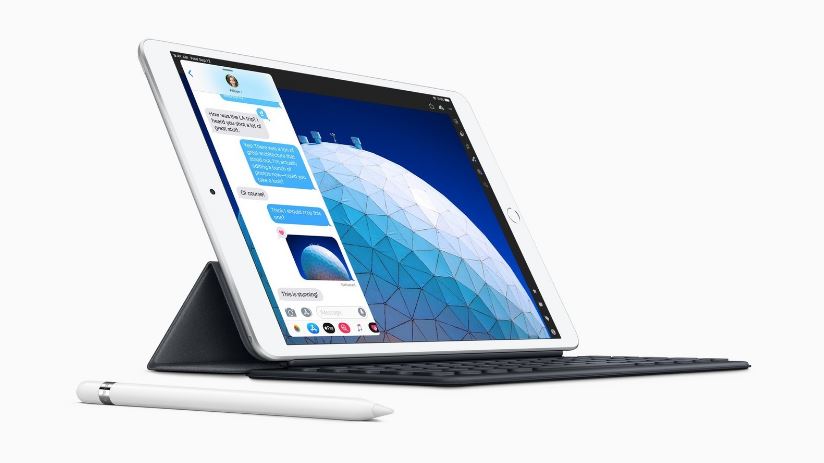 In Australian markets, Apple quietly announced iPad Air 2019 back on March 18, 2019. The on-sale date in the United States, Canada, and some European countries is the same but it’ll be shipping on March 29, 2019 in Australia. One can, however, pre-order Apple iPad Air 2019 from Apple’s official website immediately.

This latest iPad Air 2019 is priced in-between Apple Pro line (which are quite expensive) and better-value options such as iPad 9.7-inches (2018). Apple released iPad Air in two different configurations to choose from – 64GB and 256GB. The Apple iPad Air 2019 Prices are: 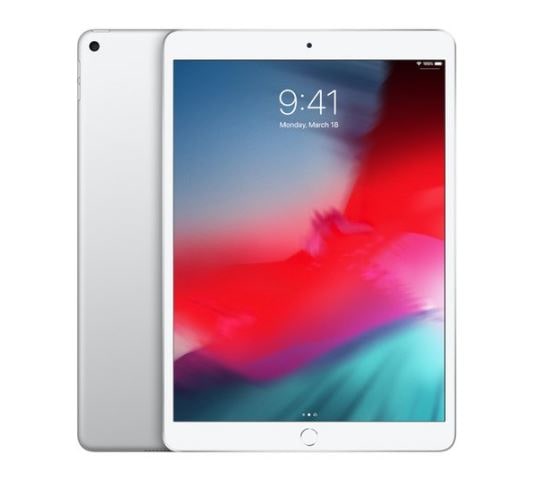 At first glance, Apple iPad Air can be little distinguished from previous Apple tablet iterations. Anyone who hopes that the bezels will shrink like an Apple iPad Pro will be disappointed, as it comes with rather large bezels up and down, and on the side of the screen. It is less a problem with tablets as compared to smartphones because it gives more control – but it is difficult to compare it with the future-oriented iPad Pro and to feel a bit dissatisfied. 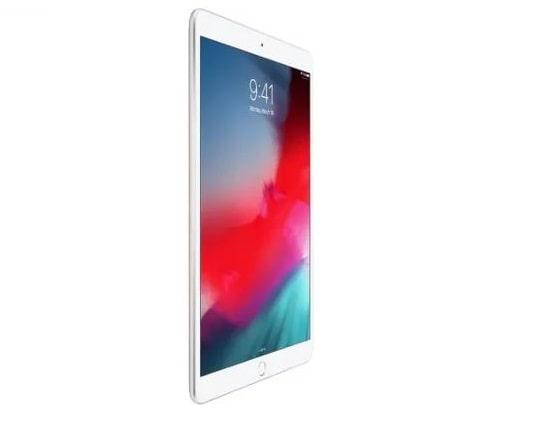 Unfortunately, it doesn’t come with Face ID – but it has a front-mounted Touch ID fingerprint scanner which holds its position under a 10.5-inches Retina display. You won’t find the same refresh rate of 120Hz as you can find on iPad Pro, but it still comes with Apple’s TrueTone that shifts the white balance to match the environment to make screening for your eyes a bit easier. There is no resistance to water, which is not so much a sin for a device that can spend much of its time on the sofa. However, if it accompanies you to the pool to read or draw on a holiday spot, you will have to be extra careful.

The 2019 iPad Air comes with the latest A12 Bionic processor from Apple. This is a very powerful and capable processor for iPhones and iPad Pro in the latest range and it can handle high-quality games, advanced 3D modelling applications, or even video editing. A 64GB of onboard storage is available in the basic model, and interestingly, Apple iCloud can save more. There’s a 256GB model available for you if you need even more onboard storage. There are also LTE models for both of them. Apple has not shown the exact size of the iPad Air battery but says that the tablet will last for up to 10 hours and offer a full day’s use on a single charge.

Although many don’t use their iPad Air as a go-to picture snapper – Apple has a decent set of lenses here. The back of the device consists of an 8-megapixel lens and a 7 megapixel FaceTime HD camera at the front. Although the best camera handsets are unlikely to match – but the self-supported camera is perfect for FaceTime video calling whereas a rear lens is extremely effective for the scanning of documents or – partnered with the A12 processor power for the creation and upgrading of AR content. 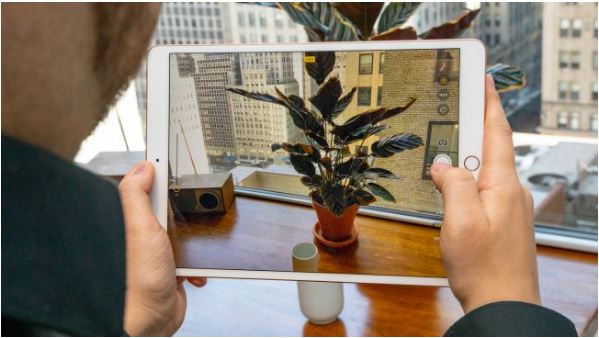 You will find Apple’s latest iOS 12 Chipset in iPad Air 2019 which is backed by all of the company’s usual additions for its tablet range. Split View and Slide Over provide a simple way of using this huge multitasking screen, whereas all your iOS apps make jumping a piece of a cake between your tablet and smartphone available. The iCloud, on the other hand, helps you to keep your documents, images or videos in sync – so you can always access them later with a peace of mind. You can expect rapid updates from Apple as an iOS device and also long-term support as well.

If you get your hands on a cellular version of Apple iPad Air 2019, there are numerous surprises under the hood. Apple has added eSIM card support to enable absolute doddles to move between networks. This makes it easier to switch between carriers at the end of contracts, but for those who often travel to different countries – it is extremely useful because eSIM support means he/she can swap suppliers easily.

Smart Keyboard support is also available in Apple’s new iPad Air. It has a Smart Connector in its left-hand side. This is a new feature, as Apple iPad 9.7 in (2018) did not have an intelligent connector.

7.8All in all, Apple iPad Air 2019 is an excellent as well as a cheaper way to get an iPad which comes quite closer to being a laptop alternative. And honestly speaking, with a large 10.5-inches screen, it doesn’t feel too cramped as one. What do you say?